I love Iron Maiden bootlegs, so when I was recently in the Shadow Kingdom webstore, and scrolling through the list of Maiden records available, I hit the brakes hard when I came across a couple of record covers that weren't from their regular catalog. While these weren't the live bootlegs that I was hoping for, they still held my attention enough for me to drop one of the two into my cart before checking out. 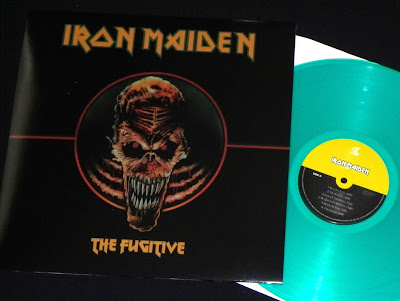 The two albums were from the No Prayer For The Dying and Fear Of The Dark era. Nothing really special here, and they just capture the b-side to the singles from those albums. The first one, titled The Assassin, captured the cover songs that Iron Maiden released between 1990 and 1992, but I went for The Fugitive, which is a bunch of live b-sides...and I was itching for some live Maiden. 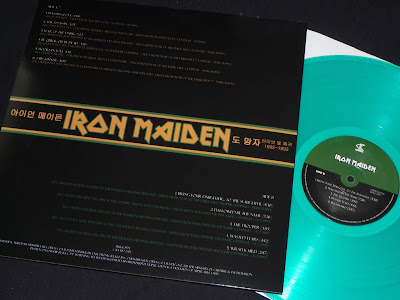 The majority of the songs on this record are live recordings from the No Prayer For The Dying and Fear Of The Dark albums, which just happen to be the two Iron Maiden albums that I pay the least amount of attention to. Seriously. I listen to the two Blaze Bayley albums more than these two. Which isn't to say that I don't like those records, I just really love Iron Maiden, and when things shake out, something has to end up on the bottom.

However, listening to these live versions of those songs has me all excited to reach into my collection and listen to those studio albums very soon.