Thieving From The House Of Goblin

When Rise Above started the Orange Goblin reissues back in 2012, I was slow to move, and I'm still missing one of my favorites from them, Time Travelling Blues. When the next three albums were made available this year, I wasn't going to make the same mistake and I ordered one of each, so I can cross them off the list and move on.

I didn't want to go bankrupt buying these three records, so I only put the extra money for The Big Black. All the others just get the regular orange vinyl pressing that were available direct from the band. 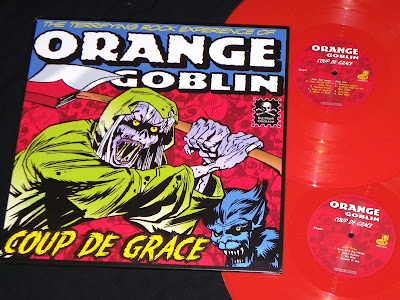 Coup De Grace, from 2002, was Orange Goblin's forth album. While John Garcia from Kyuss sings on a couple songs here, keeping things firmly rooted in the Orange Goblin stoner roots, I still think this album has a bit of a punk vibe with songs like Your World Will Hate This and the Misfits cover of We Bite. Kind of an odd mix. 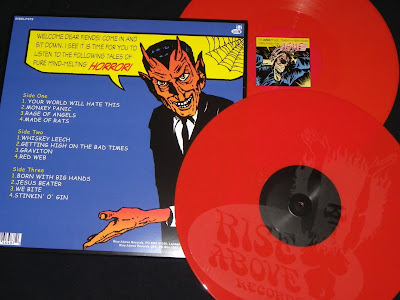 The layout for this album is amazing with the comic book art. 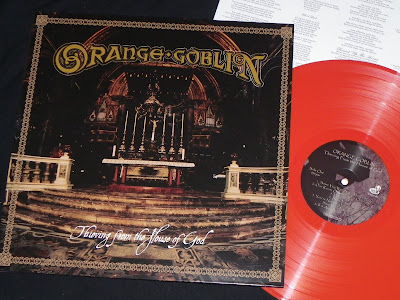 Thieving From The House Of God is another solid Orange Goblin album, although truth be told, I think the band makes a great move forward with their sound and move to a more straight forward metal sound starting with their next album. Still there are some amazing songs here that can't be overlooked. 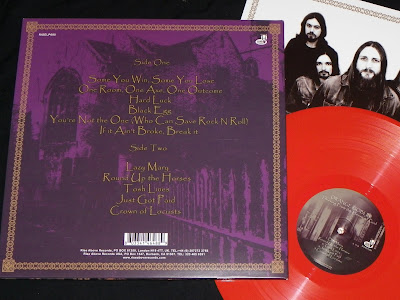 200 pressed on orange vinyl available only from the band.