As a kid growing up in the 80's, I didn't have a lot of resources at my fingertips to help guide me when it came to checking out new music. We didn't have the internet. I didn't have an older brother to point me in the right direction. Most of my friends weren't into heavy music, and if they were, they weren't really taking any lead to discover new bands unless I put the cassette in their hands. And on top of that, I was in the musical wasteland of Maine, so I was basically alone out there as I'd stumble my way around record stores at the mall, desperate to find the heaviest and fastest music there was. Initially, I was left to gamble on album covers that looked cool..."Hey, who is this band Savatage? I don't know, but the album cover is a picture of some fist smashing through glass, and there are songs named Necrophilia and Skull Session, so let's check it out."...and then a couple years later, it was offensive and obnoxious band names like Dead Kennedys, Dirty Rotten Imbeciles or Dayglo Abortions that were drawing me to check out new stuff...so when I saw the CD for a band named Bad Religion at the mall back in '89, I figured that I'd roll the dice. 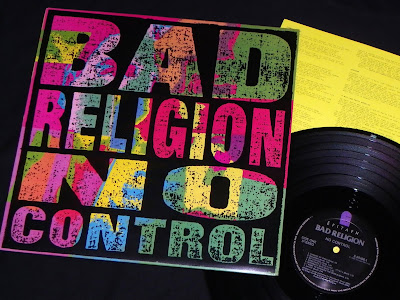 When I first heard the No Control album, I didn't know what to make of it. Sure it was fast and aggressive, but there was so much melody that I was thrown off, and I couldn't get my thrash metal head around it. Lyrically, it kept pulling me back in, and with repeat listens it finally sank it's hooks in me. 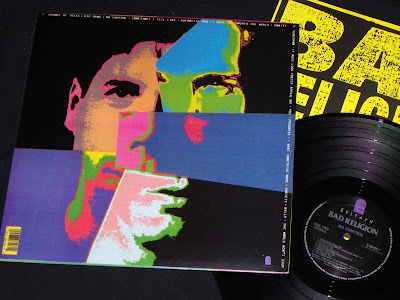 I've been wanting to pick up an original pressing for a long time now. I figured that it would be pretty easy to cross off the list, but for some reason, there aren't a lot of US sellers that have one available through Discogs. Sure, I could grab a copy from some dude in Italy, but it seemed like a waste to pay for overseas shipping on a record that I expected to be readily available in the US. After watching them come and go in my Discogs alerts for a couple years, I decided to finally just make a move and get the job done.

You need to participate in a contest for top-of-the-line blogs on the web. I'll suggest this website! online casinos

You need to participate in a contest for top-of-the-line blogs on the web. I will recommend this site! online gambling