There was a time when I was all about Remission, and would get wild when it came to collecting every pressing that I could get my hands on. It has been over five years since they released the Pain Understood 7 inch, and I was surprised to see that they were still around when React Records announced preorders for a new album. Damn. I was initially underwhelmed with the last Remission 7 inch, and while I did grow to enjoy it, with so much time having passed, I wondered if the band could still deliver. 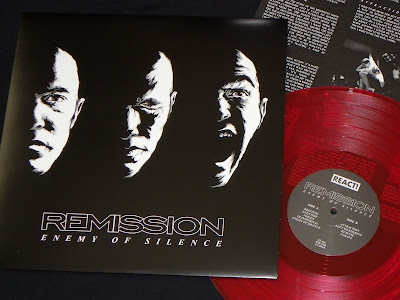 Without a doubt, this is a strong hardcore album. Remission have not missed a beat, and keep going with their Verbal Assault influenced sound...although this time around, I get a little Jon Bunch/Reason To Believe flavor here and there...even that screaming face on the cover is reminiscent of Reason To Believe. 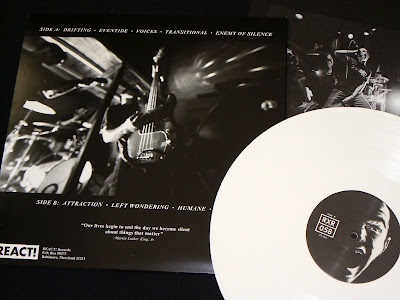 Here I am buying Remisison records from React. It feels like it's 2010 all over again, and that put me in the mood to buy multiple copies.

I saw these dudes play in DC the first night I was there. They were great. I'd like to pick this LP up but, weirdly enough, it seems difficult to get hold of.