Back in 2012, Rise Above started a vinyl reissue campaign for Orange Goblin. They rolled out the vinyl for the band's first two albums, and then just stopped. The label promised to get back to it when they had the time, and it took them six years, but they finally delivered. 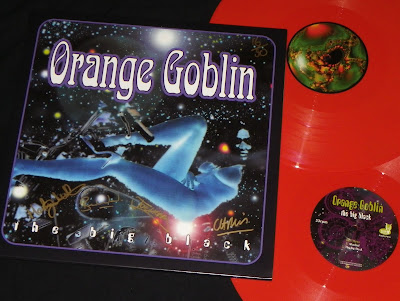 While Rise Above had a number of different colored vinyl and deluxe pressings available, the orange vinyl option was only available through the band. When Orange Goblin announced that they were putting up their copies in their online store, I figured that I'd buy direct from the band an possibly get out a little cheaper on shipping given Rise Above's notorious high rates.

When I saw that Orange Goblin were offering a limited edition version that was hand numbered and signed by the band, I couldn't resist to grab this option for one of the three albums that were being reissued. 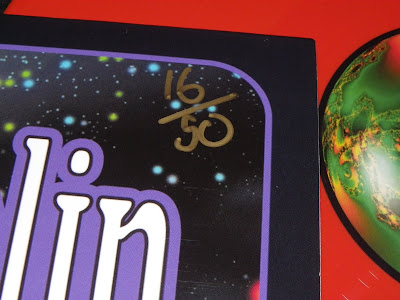 Hand numbered out of 50. 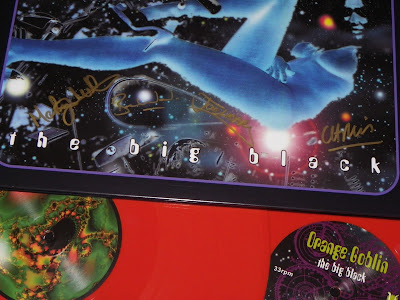 I don't generally care about autographs, and will always avoid them when a seller has one available on eBay or Discogs...but this time around, getting one direct from the band seemed like kind of a cool option. The signed edition cost a bit more than the regular orange vinyl option, but since the extra money was going direct into the band's pocket, I considered it money well spent. 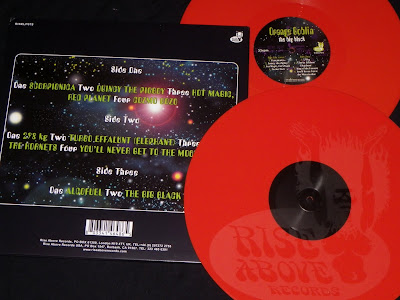 In the end, The Big Black was the only record that I grabbed for the limited signed and numbered option. This is solid Orange Goblin record, so I figured that I'd spend the extra money just for this one. 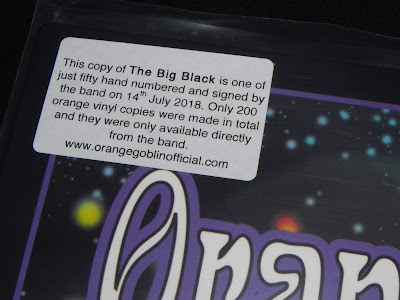 The hype sticker on the plastic sleeve gives all the details.