Man, with those first two Take Offense records, I was absolutely loving the band. Their Suicidal/Join The Army sound sucked me in, and I could not get enough of it. I was so high on the band that when they dropped their United States Of Mind album in 2013, I had no control and bought every single pressing and bonus record that I could get my hands on...which then turned into the biggest disappointment, and was probably the catalyst for me ending my run of buying every pressing for albums. 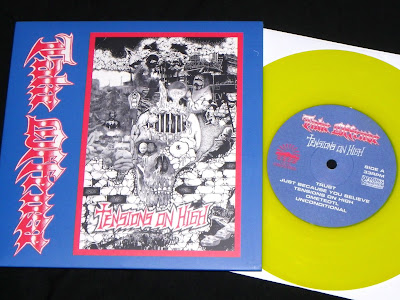 When I heard that Take Offense were releasing an EP earlier this year, I approached it with a bit of caution. While I was still interested to see if the band could rebound, I was not rushing in blindly, and I refused to buy a copy until I'd heard the entire record.

Yes! This was everything that I'd hoped for, and the band completely redeemed themselves from the lackluster sound of their last album. I am loving this record, and it remains to be seen how high it will go for my Best of 2018 list. 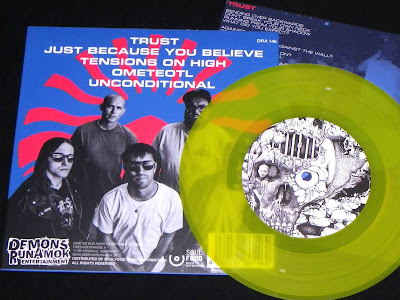 Originally, this EP seemed to only be available on cassette through REV. I could not find a vinyl release anywhere, and it was driving me mad to find a copy. At some point I had seen an Instagram post the 7 inch pressing for Tensions On High, so I knew it existed, and I was doing weekly searches online trying to find a place that was selling them. Finally, I discovered that Upstate Records was distributing the record in the US, and I quickly bought a copy. Happy to finally have this!