When bands reunite after calling quits 30 years prior, I don't hold out much hope that they are going to rekindle any of the original magic, or release anything close to what they were doing previously. Surprisingly, Satan was able to do just that, and the two albums they released in 2013 (Life Sentence) and 2015 (Atom By Atom) were a couple of my favorite metal albums from the last five years. 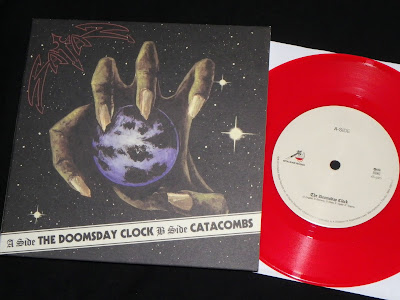 When I heard that Satan was releasing their third album since reuniting, you can bet that I was ready to jump and get my order in as soon as it was available. To prime the metalheads for what is to come, the band released a 7 inch single in advance of the album. 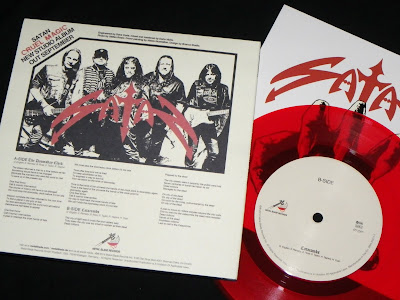 Man, these songs are great, with The Doomsday Clock coming from the new album, and the b-side, Catacombs, being exclusive to this 7 inch. 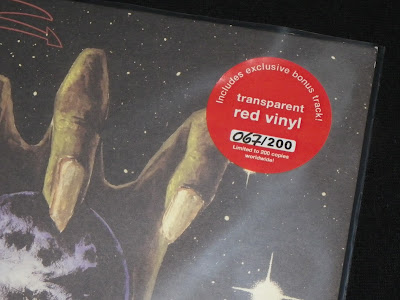 Of course this is 2018, so labels are required to flood the market with colored vinyl, and this single was released with four different color options. Red vinyl was available from Metal Blade, and hand numbered out of 200.