In League With Satan

My anticipation was pretty high for both the new Iron Maiden and Slayer albums, but when I heard that there was a new Satan album coming down the pike, my excitement went through the fucking roof. 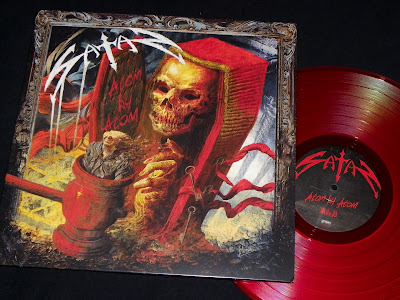 30 years after releasing their NWOBHM classic Court In The Act, Satan came roaring back with their original line up in 2013 with Life Sentence. Man, that thing came from out of nowhere, and blew everyone away, so expectations were set pretty high for the new album, Atom By Atom. Hell, before it even had been released, people were writing it off as not being able to stand up to their last album. I don't know if it measures up to Life Sentence, but I can say for certain that Atom By Atom is fucking killer...easily out shining both the new Iron Maiden and Slayer albums. 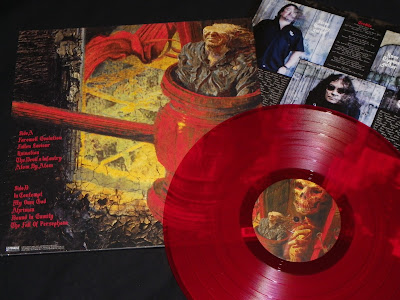 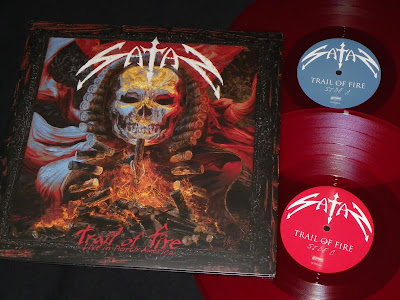 Since I was picking up the limited Atom By Atom vinyl direct from Listenable overseas, I figured that while I was there, I might as well add Satan's double live LP to the cart as well. 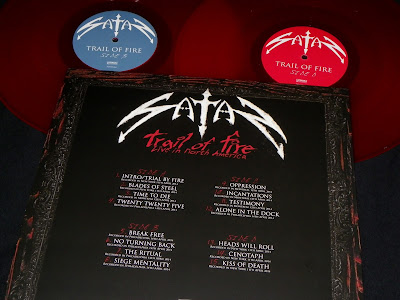 Recorded on Satan's 2014 North American tour, this is a great live album. I love it when you can hear the people in the crowd on a live recording...not just the roar of the crowd, but individual people shouting within the crowd...like when singer Brian Ross tells the audience, "It's that time of night to...", and before he finishes his sentence, you can hear someone in the crowd yell, "...drink a beer!"...or as soon as the song Break Free finishes, you can hear a happy voice from the crowd scream "Fuck yeah". It makes you feel like you are in the room, and part of the crowd. 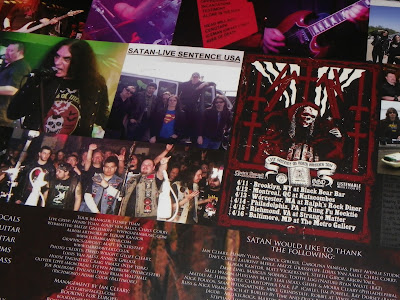 I was tempted to make the drive to see the band in Massachusetts for this tour, but given all the bands that were playing that night, and that the show had such a late start, I figured that Satan wouldn't even be taking the stage until midnight or so...and then after their set, I'd still have to make the 2+ hour drive home, and I bailed on it. What a turd. I'm kicking myself for not just taking the day off from work the next day, and making the trip. Band rules hard, and this live album proves that.