Remember those days of pre-ordering from React!, seeing delay after delay with the vinyl from the pressing plant, and then having the records show up in your mailbox six months later? That was not the case with the Nuclear Age preorders. Placed my order, and "boom", a week later they were in my mailbox. 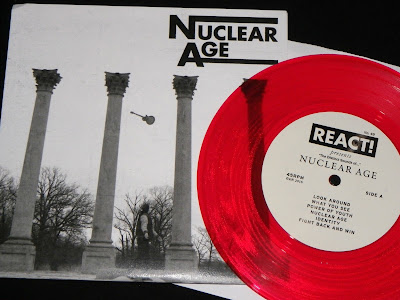 Earlier this year, Chris over at Unwavering Spirit hooked me up with an advance press of the Nuclear Age record. It was a great preview of what React! had coming up, and I was looking forward to the regular release from the label. I received the 7 inch from Chris back in April/May, and to be honest, so much time had passed that I forgot that React! still hadn't posted pre-orders for this record. When they went up in August, it was like a knock in the head of "oh yeah, this hasn't been released yet". 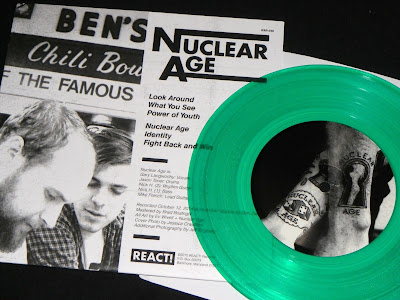 This record is a great Hardcore surprise. In my eyes, React! has done no wrong since Ev took over the label around 2013. Every release is an instant classic that gets repeat spins on my daily playlists, but Nuclear Age may be my favorite React! release since that Praise LP last year (although the Suspect LP certainly gives it a run for it's money as well). Great youthful energy with tons of passion. Seriously, how has the limited red vinyl press of this 7 inch not sold out yet? 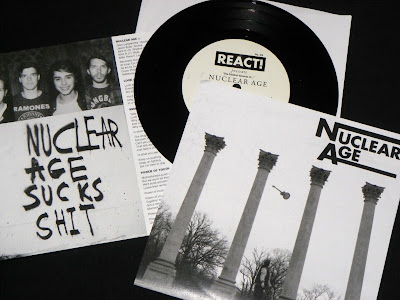