Satan were a big name in the New Wave Of British Heavy Metal scene 30 years ago. After releasing Court In The Act back in 1983, the line up was back together to release a brand new album in 2013. Damn, is it possible for bands to still put something worthwhile together after that many years? In this case, the answer is yes. 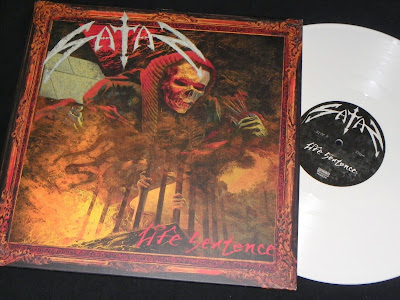 I was a bit hesitant at first. I downloaded the album and gave it a few listens, but I wasn't really paying much attention it. It sat on my ipod, pretty much ignored through out last year. Around October, I was hanging out on the Bravewords messageboard, and dudes were really talking up this album. I'll admit it, the hype they were generating had me going back to give it another listen. I'm glad that I did, because this record is fucking solid...sounds like it would have been a perfect follow up for the band to release in '84 or '85. Just what I want from a Metal band in 2013. 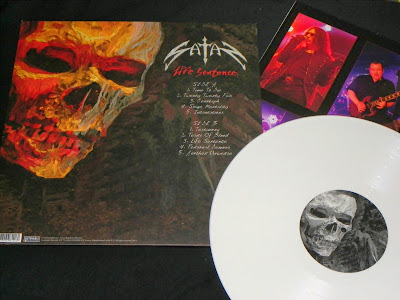 Of course the vinyl was only available overseas, so when I was placing a recent order with Nuclear Blast Germany, I took the opportunity to grab a copy on white vinyl.