A few years ago, when I first start to heavily get into doom metal, there was a guy at the local Newbury Comics that would scoff at me for not being very familiar with some of the classics...mainly Saint Vitus. I'd downloaded their early albums, Hallow's Victim and Born Too Late, but they never grabbed me out of the gate, so I didn't spend much time with them. 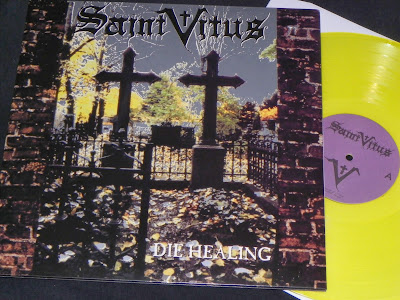 The Bravewords site has a thing called Knuckle Tracks, where they feature new songs from bands, and since I know so little about the Saint Vitus catalog, when they posted the song One Mind on their radio, I assumed the band had a new album coming out. I figured that I'd check it out, and was surprisingly knocked on my ass with how good it was. After some research, I discovered that the song was from their 1995 album, Die Healing. I love discovering buried treasures like this! 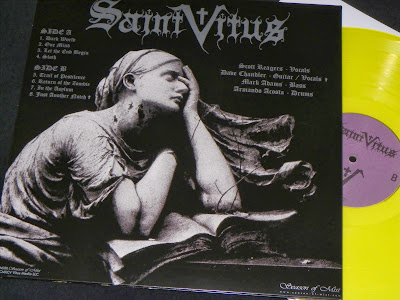 The entire album is heavy doom brilliance. It seems like everyone associates Saint Vitus with singer Wino, but this reunion LP with their original singer, Scott Reagers, is by far may favorite. "Beware...here comes the sloth"! 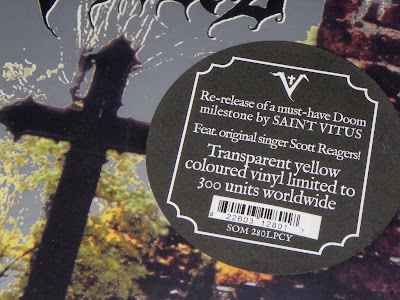 There wasn't a whole lot of vinyl being pressed when this album was originally released in 1995. In fact, Die Healing didn't finally get the vinyl treatment until 2010. This copy is from the 2013 reissue. Limited to 300 on this bright, transparent yellow vinyl.