"I'm no longer going to buy needless reissues". I've repeated those words over and over countless times. I'm going to avoid getting sucked into a trap of endless vinyl repressings for bands that I don't care enough about to collect. I'm going to save my money and put it towards something a bit more useful. I have the best of intentions... 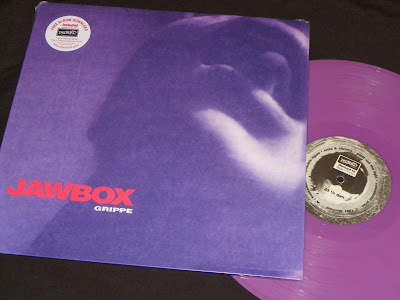 I like Jawbox. LIKE. I've never lost my mind over them. They were good enough for me to buy their two Dischord LPs back in the day, but these days I rarely gave them much of a thought.

Then Marcus posted about Dischord's recent repress of the Grippe LP. That was when my resolve started to show cracks. 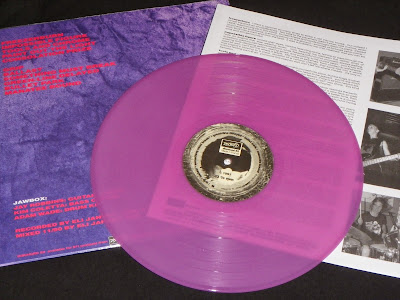 His picture of that purple vinyl...goddamn it...it looked so good. I suddenly felt the desire to not only give the album a spin, but to also buy this good looking repress.

After dusting off my original Dischord press of Grippe, I found that I had to do the same with their second LP, Novelty. Amazing. I found myself listening to both of these albums repeatedly, and I was surprised by how much I was loving this band. 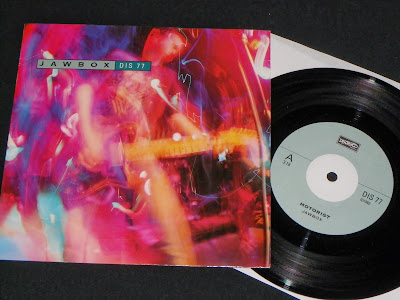 Shortly after Jawbox released Novelty in 1992, they moved to Atlantic Records...and being on a major label at that time was a kiss of death for me. I never bothered with anything the band released from 1993 forward.

Being on this big Jawbox kick, I felt adventurous, and decided to give 1994's For Your Own Special Sweetheart a try. Damn! I love finding surprises like this, and being proven wrong. What a great album, and not much of a departure from what they'd been doing with Dischord. Since I couldn't immediately find a vinyl copy of this LP available, I decided to grab the Motorist / Jackpot Plus 7 inch single instead. Both of these songs would end up on For Your Own Special Sweetheart, but I didn't mind spending a couple bucks for this record. 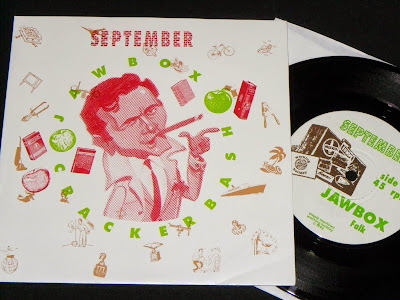 My last cheap Jawbox grab was for a split that the band did with Crackerbash. The Jawbox song, Falk, is only an instrumental, and I don't really care about the other band, so this was a bit of a throw away, but I'm still glad that I can tuck this in with my other 7 inches.