I've been buying each pressing of Turnstile vinyl since I discovered that first 7 inch back in 2011. I'd missed the pre-order pressing for Pressure To Succeed, and I'd vowed to never let another one get by me. It hasn't been to difficult to keep up so far, but when Reaper released three new colors of both records, I had to pause for a second. Well, I'm in too deep to turn back now. 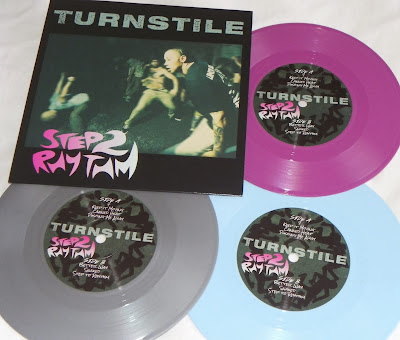 As much as I dislike the cover for this record, I will say that the multiple vinyl colors all look great with it. 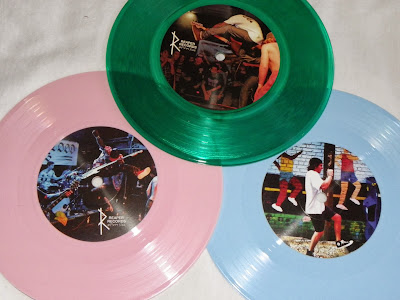 Reaper changed the b-side labels between the first and second pressing, and it was cool that they changed it again with the third press. 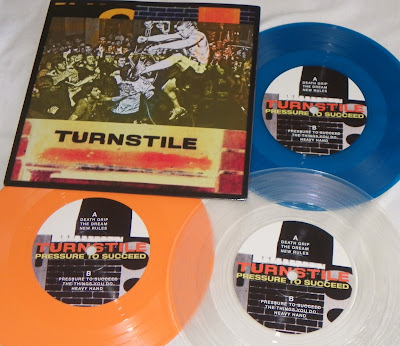 No cool b-side label changes for the third pressing of Pressure To Succeed, but the new orange colors for the cover is a nice touch. 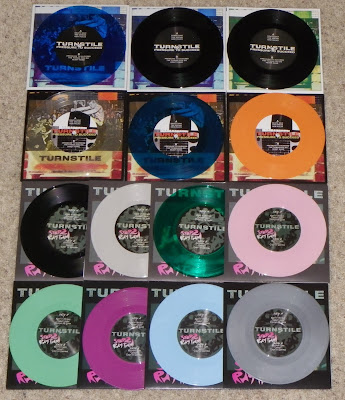 Yeah, I know that I'm missing a couple, but I own enough copies of these records, so I figured it was time to get a group shot.

Nice Mike!!! I've not been bothering with the step 2 rhythm variants, but seeing this...

You're missing this one Mike! http://feed.rwhaf.net/1dwcIOM