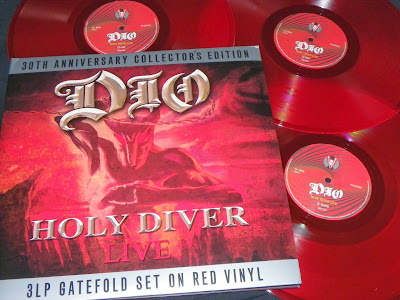 For the anniversary, we didn't just get another pressing of the classic Holy Diver LP. Instead, we get a special vinyl pressing of Dio's live show from 2005, where the band played all of Holy Diver from beginning to end. Some of these songs had never been played live before, so to have them captured here on this recording is a real treat for this fanboy. While this live show was originally released on CD and DVD back in 2006, this 30th Anniversary edition is the first time it has seen a vinyl release. 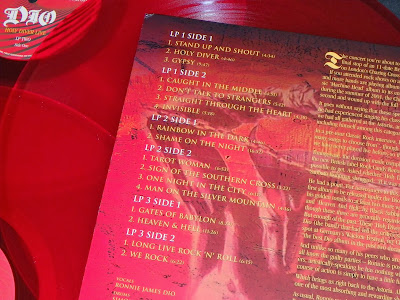 Unfortunately, in an effort to avoid any ugly edits the actual set list has been adjusted so that the concert could best fit the six sides of this triple LP package. I'm cool with that, but some of the cuts are a mess...most notably when Ronnie James Dio gives a nod to the late Cozy Powell and announces that the next song is the Rainbow classic Gates Of Babylon...only to have Man On The Silver Mountain queue up next in the playlist. Sloppy and inexcusable. 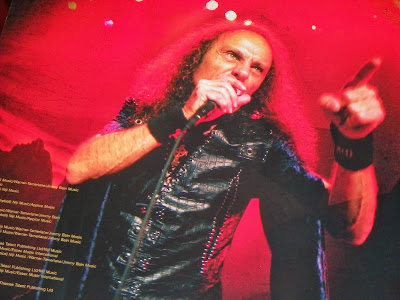 There isn't a week that goes by that I don't listen to one of this man's albums. Rainbow, Black Sabbath, Dio, Heaven and Hell...they never get old. Long live RJD.

Very, very cool. Thanks for sharing.