I love reading record collector blogs. I love checking out pictures of new and old vinyl, and reading what people have to say. Every once in a while, someone will write something so well, I will feel compelled to check out a band that I would have otherwise ignored. In this case it was a Seaweed test press post from Marcus. This wasn't his first Seaweed post, but test pressings make me sit up and take notice. 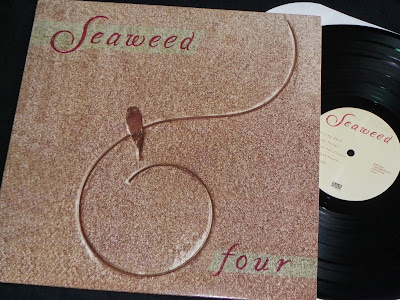 Seaweed were around in the early to mid-90′s, right when I first started obsessing about Hardcore/Punk, but somehow, this band never showed up on my radar. I’m not sure if it was because they were on a big label, and I was too cool for that…or maybe it was because I always associated Sub Pop with Nirvana/Grunge and had no interest in that sound. Whatever it was, I’d never bothered to check them out. When Marcus posted the test pressing for Seaweed’s second album, Four, on his blog…and spoke so highly of it, I figured that I’d humor him and check it out. Much to my surprise, it blew me away. I couldn’t get enough of it, and I found myself listening to it 2 or 3 times in a day. 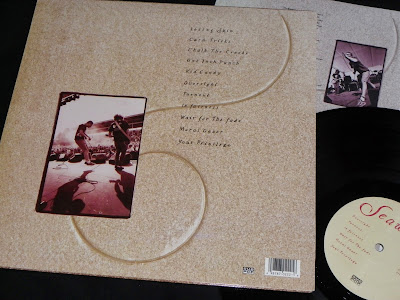 I knew that I needed it on vinyl, and assumed it would be an easy find on eBay. I mean, it was released by Sub Pop, and pressed only on black vinyl…how hard could it be to track one down? Turns out it wasn’t as easy as I thought. The few copies that would pop up on eBay, seemed to always have some ridiculous Buy It Now price. While I desperately wanted a copy, I wasn’t going to blow my load prematurely. Patience was the name of the game, and after waiting it out for a month or so, I received an email from eBay, alerting me that one was available. The price was still a bit high, but it was a dead mint sealed copy, so I pulled the trigger. Easily one of my favorite surprises this year.

I'm glad you checked this out and like Seaweed. The funny thing is though I just re-read my entry on the test press and it's a pretty shit post. Not sure why it inspired you, but hey, I'm glad you're finally on board with Seaweed.

You are right, that one post probably wasn't your best. Still, it was a test press, which prompted me to finally read your other Seaweed posts that I'd previously ignored. Combined, they compelled me to finally check this band out.