When I was in the Shadow Kingdom webstore, picking up the new Haunt album, I was in the mood to check out some newer metal bands, and possibly add another record to the cart before checking out. 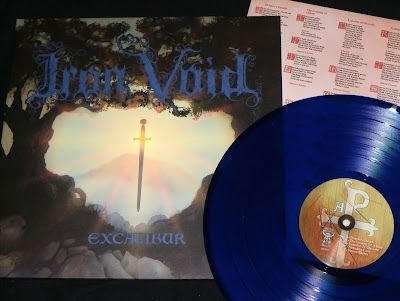 I saw that the label was releasing a new album from a band named Iron Void, and while I'd never heard of this band before, they were listed as a doom metal band for fans of the usual suspects, such as Sabbath, Vitus and Pentagram. I took a quick preview of a couple Iron Void songs on their bandcamp page...I liked what I heard, so I grabbed a copy of the new album. 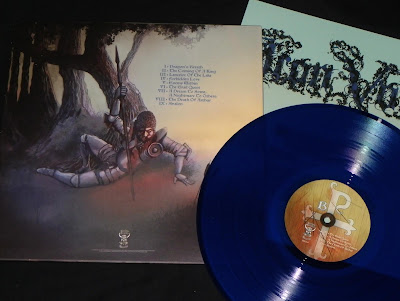 I was surprised to find that Iron Void have been kicking around for the past 10 years, and Excalibur is their fourth studio album. Damn, they have been flying under the radar, and I'm glad that I checked them out because this is some solid doom. It's funny that I was in the webstore for the new Haunt, but as it turns out, I'm appreciating this Iron Void album much more.