Another late addition from 2019 that could have possibly cracked my Top 10 for the year if I hadn't ignored this record for most of the year. While Haunt released If Icarus Could Fly back in March I wasn't really paying attention. 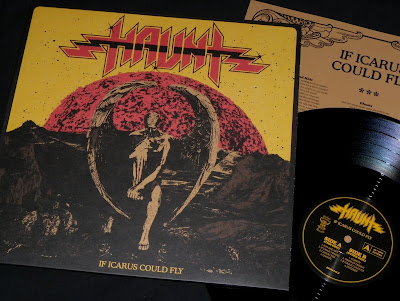 After Trevor William Church released a 12 inch EP plus a full length album with his band Haunt in 2018, and then released ten EPs of material with his band Beastmaker, I was feeling a little overwhelmed with it all, so when Haunt released If Icarus Could Fly in 2019, I decided to sit that one out. I did however pick up the Haunt split 7 inch with Seven Sisters, and as I was checking it out at the end of the year, I was completely hooked by the Haunt song. The song was so good that it made me go back and check out If Icarus Could Fly and I was surprised at how much I was enjoying it. 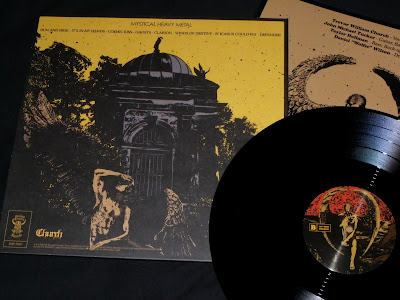 All the colored vinyl options were sold out at Shadow Kingdom Records, and while I could have spent a few extra dollars to grab one off Discogs, I decided to settle for the black vinyl. 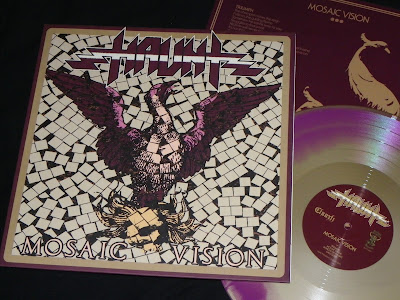 When I was picking up the last Haunt album from Shadow Kingdom Records, I discovered that they also released another EP, Mosaic Visions, at some point last year. Does this band ever fucking stop? 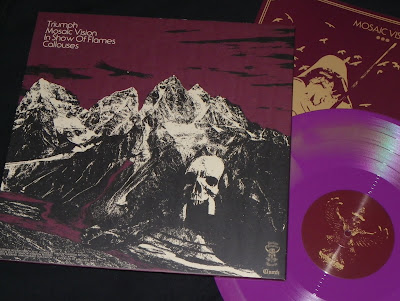 Mosaic Visions contains songs that were left over from the Luminous Eyes sessions back in 2018. Not wanting to miss out on the colored vinyl option, I scooped one up while I was already in the Shadow Kingdom store. More great traditional heavy metal from Haunt!