Back in October I met Sandwell in Boston for some record shopping at Newbury Comics and the Armageddon Shop. Armageddon is a great store if you are just looking to buy regular pressings for new releases, but as far as albums go, I find that they don't really have much of a used or rare selection. After flipping through the Metal and Punk sections for a while, and not finding anything exciting, I decided to follow the expert advice of Marcus and dive into the 7 inch selection to see if there were any gems buried in there. 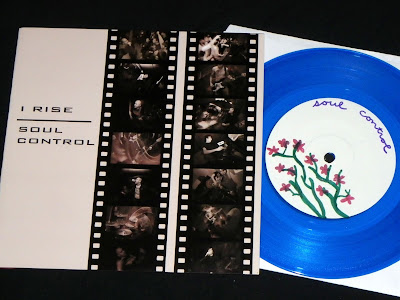 I didn't really expect to find much in the 7 inch bin, but I think I made a pretty good score with three copies of the Soul Control split with I Rise. This record was a big deal for me back when it was released, and I listened to these four songs a ton. I only owned the regular black vinyl pressing, so it was cool to scoop these all at once. Good deal at $4 each. 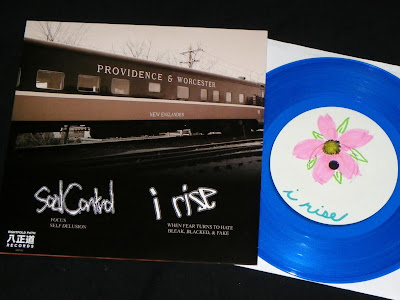 Blue vinyl with the handmade labels was the "friends press". 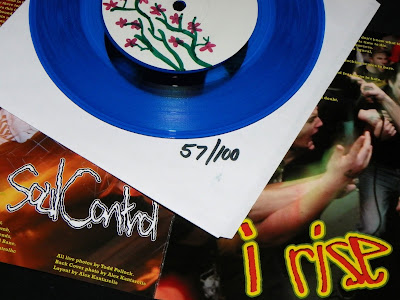 Numbered dust sleeve out of 100 pressed. 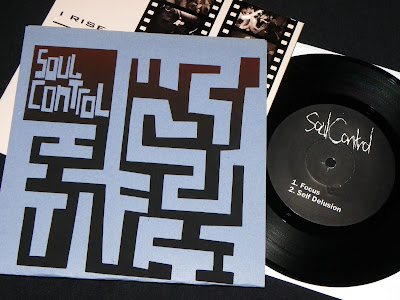 Armageddon also had a couple of tour pressings of the split 7 inch. 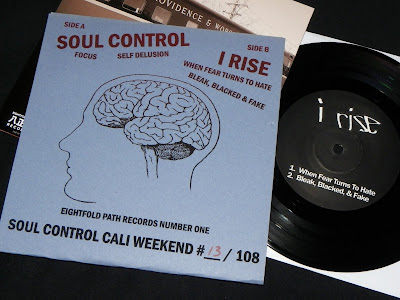 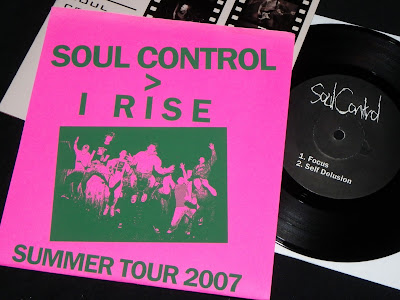 Soul Control and I Rise toured together over the summer when this split 7 inch was released. Each band had different tour covers, with Soul Control selling the pink ones. 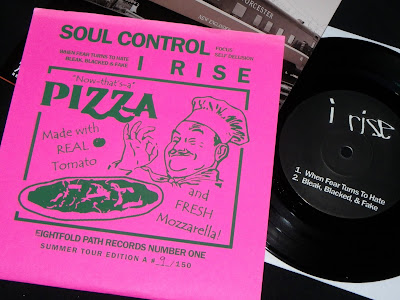 It's been over ten years since this record was released, and I've never really hunted down any colored vinyl or special covers, but now that I have these three, I kind of want more. Too bad Armageddon didn't have the I Rise version with the green cover as well. 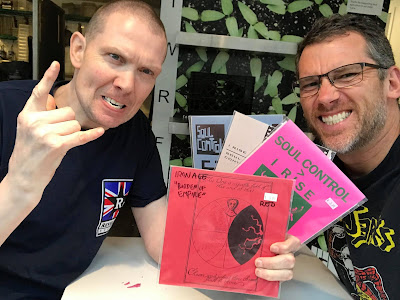 More records to come, but I did get a photo of Sandwell and I after our shopping trip, and refueling with some vegan food from the Clover Food Lab in Harvard Square. I was a bit jealous of the Iron Age 7 inch that he found.

Involution was great, but I never got into anything after that first album.

I think that blue vinyl Soul Control / I Rise split is a great version. I have one. But I think they all had completely different hand drawn labels. Would be cool to collect a few different ones...

Hey Mike. I have the Green I Rise cover, as well as the white soul control cali weekend cover. I listed them on discogs (my username is x516x). But if you are interested im happy to pull them down and sell directly to you. feel free to email me (remainsunseen@gmail.com) or message me through discogs.