Annihilation Time. Damn. There is a band that I hadn't thought about in a long time. When I first discovered the band back in 2008, I couldn't get enough of them, but it has certainly been a while since I've given them a listen. As I was pulling 7 inch record from the bins at Armageddon, I figured that I might as well grab the Cosmic Unconciousness EP while I was there. 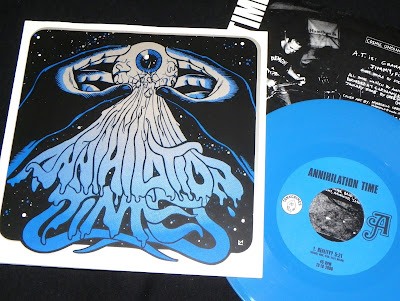 Playing this 7 inch was a great reminder of how great this band was. Like a snotty punk version of Thin Lizzy, this band is so much fun to listen to. I'm definitely going to have to dig out their last two albums as well because these songs are a blast. 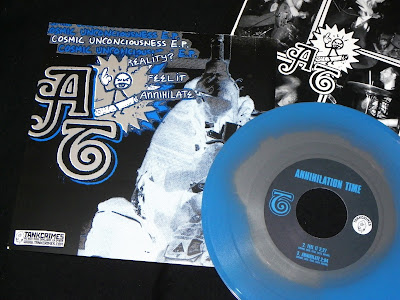