At the very least, diving into the 7 inch bins at the Armageddon Shop reminded me of some cool bands that I hadn't thought about for years. I might not have been picking up rare and limited pressings for these records, but I was certainly rediscovering some cool bands. 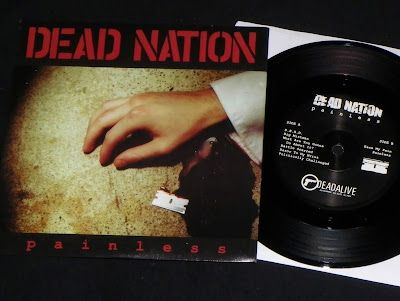 I first heard Dead Nation back around 2000 when I picked up the Dead End CD. They played a cool thrashy style of hardcore that was popular at that time, but it seemed like it burnt itself out a couple years later. I hadn't thought about the band for a long time, but when I saw the Painless 7 inch at Armageddon it hit me that I may want to give the band a spin again. I'd never heard this 7 inch, so I figured that I'd grab a copy while I had it in my hands. 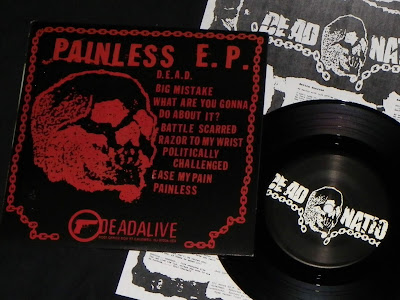 Damn. I am loving this record right now. So glad that I spent the $3 for this. 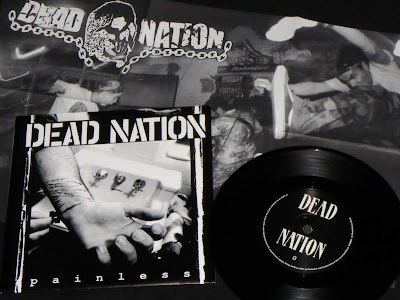 When I was picking up the Dead Alive Records pressing of the Painless 7 inch, I noticed that Armageddon also had the Kangaroo Records pressing. It had a different front cover photo, and that was all that I needed to convince me to buy two copies of this record that I'd never even heard of before that day. 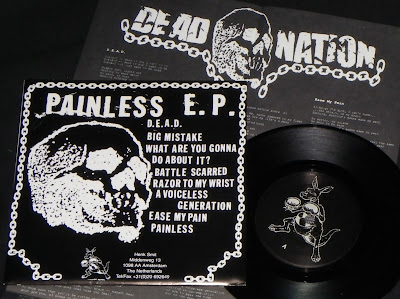 I didn't realize it at the time, but in addition to the different front cover, there is a difference with the track listing between the US and Euro pressing for this record. While the US pressing has Politically Challenged, this song is swapped out for A Voiceless Generation with the Euro press. I'm glad that I grabbed both!