Back in 2000, Indecision Records released a series of split 7 inches. It was really rare for me to buy records at that time, and I had been more focused on the convenience of CDs since around '95, so I didn't bother with a lot of vinyl only releases...although I did pick up the Voorhees / Kill Your Idols split from this series at the time, but honestly, that was probably one of the last records I bought for years. 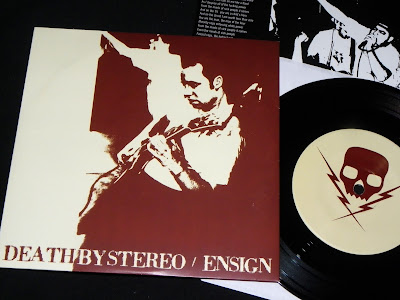 Indecision did collect all the tracks from the split series and released them on one CD the following year, so I was able to hear the songs there, but seeing the Death By Stereo / Ensign split at Armageddon I finally picked up the original vinyl pressing twenty years after it's release. While I would have preferred to pick up the colored vinyl pressing, truth be told, I was just happy to grab a copy of the record for cheap. 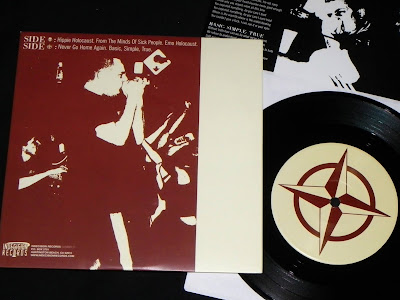 Death By Stereo and Ensign were huge bands for me at the time, and the songs from this split are still a lot of fun to listen to.