We Are Not Your Kind

I haven't been interested in Slipknot for years. There were a few of the nu metal bands that I was digging in the early 2000's, but it really only lasted a few years...and once my love affair was rekindled for those old metal bands from my teen years, I left all that nu metal stuff behind. What can I say? It was a time and place thing, and nothing that I figured I'd be interested in again. So I was quite surprised when on a whim I decided to check out the new Slipknot video for Unsainted, and I was floored with how much I was enjoying it. I bought the picture disc single on Record Store Day, and kind of thought that it was all that I'd need. 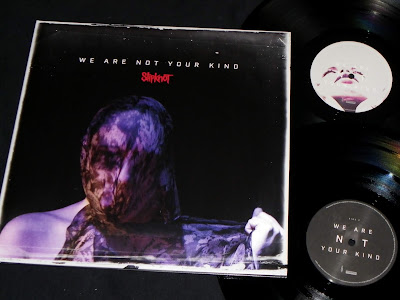 I listened to the new Slipknot album, We Are Not Your Kind, a couple of times on Spotify and was surprised with how much I was enjoying it, but I still wasn't convinced to buy the new record. When I put that picture disc single from Record Store Day on the turntable for a spin, I was blown away. Both Unsainted and All Out Life were an absolute blast, and as soon as I ripped through that two song 7 inch, I was finally convinced that I needed the album in my record collection. 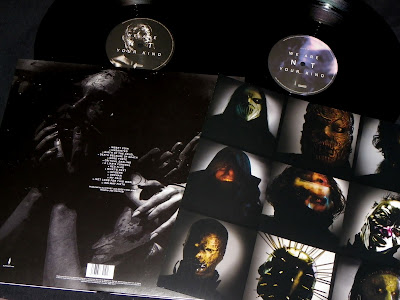 It is so weird to be buying any Slipknot record in 2019, let alone a new album. I keep second guessing myself, and questioning if I really like it...but then I'll go back to it and play it just to confirm that it isn't terrible...and then it kicks in, and I'm like "oh fuck yes".