Legion Of The Shadow Realm

Another 2019 album that I picked up at the end of December was the new one from Legion Of The Damned, Slaves Of The Shadow Realm. While the album was released back in January last year, it took me a while to get motivated to finally pick up the vinyl for it. 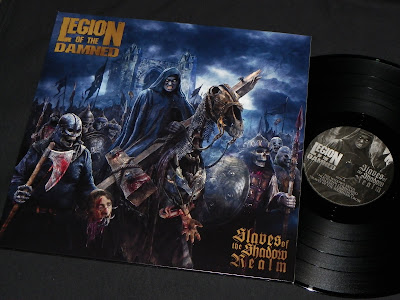 I don't really listen to a lot of death metal...in fact, I'm pretty selective about which death metal bands I spend much time with...but there is something about Legion Of The Damned's brand of blackened thrash that works for me. This shit is harsh. It isn't something that is going to get repeat spins from me, but when I'm in the mood for this kind of thing, Legion Of The Damned hit the mark. Plus I tend to really like their cover art, so it is always cool to add a new album to the collection. 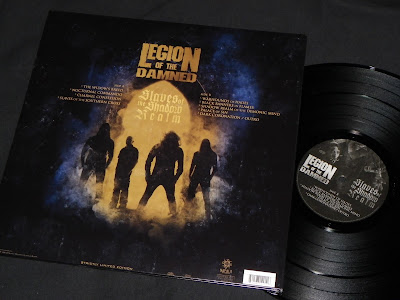 I went all out when ordering the last Legion Of The Damned album, Ravenous Plague, back in 2014, and I didn't hesitate to spend the extra money for the more limited colored vinyl. This time around I kept it simple and saved a bit of money by just going for the regular black vinyl pressing.