Join The Legion Of The Damned

I've always come up short when looking for Legion Of The Damned vinyl. Sure, I suppose that I could cough up some big bucks and order it from overseas, but I guess that I keep holding out for some US distributor to stock it, and make the hunt easier for me. I've been listening to the band for seven years, and with each album they release, I tell myself that this time I'm going to make it happen...this time, I'll put up whatever cash it takes, and I'll buy the album on vinyl. However, each year, while I enjoy that new Legion Of The Damned album, I find that I don't return to it enough...thus it fades from the forefront of my thoughts, and I move on to records that are higher on my immediate Want List. 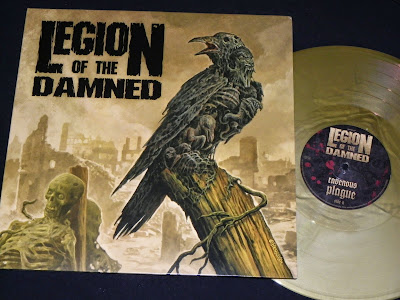 So when it was announced that Legion Of The Damned had a new album, Ravenous Plague, being released this year, I found myself in a similar position. I told myself that this was the year...this time it was going to happen. The difference this year was that I'd really been digging a ton of Metal, and with a push from the new Cannibal Corpse album, I'd been craving some Metal that is a bit more brutal. Legion Of The Damned's brand of blackened thrash was just what I was looking for. 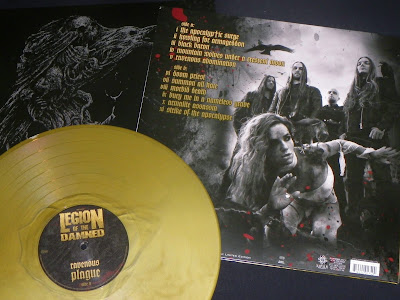 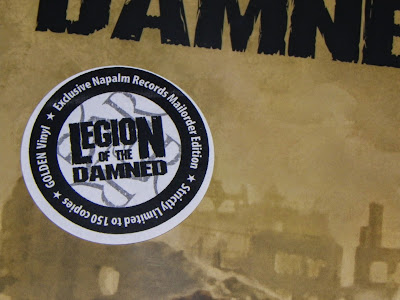 Limited to 150 as a special Napalm Records pressing on golden vinyl. At first I thought that the vinyl was kind of ugly, but the more I look at it, I get sucked into the ripple of color...plus, it does complement the art very nicely.

Labels: Legion Of The Damned