Powered Records is on a roll...following up their Not Afraid pre-orders with two new 7 inches. For a label that disappeared for a few years, it is cool to have them back in action. 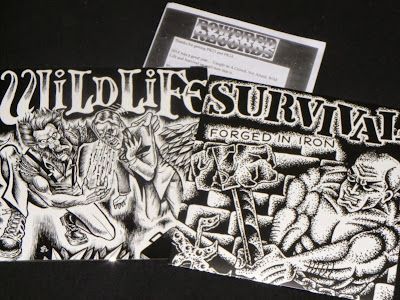 Sometimes I buy shit that I'm not really that interested in. I buy it out of some weird kind of obligation. Seriously, most of the stuff I want, falls in the realm of Metal or Rock. I still love Hardcore, and there have been some gems that have been released this year, but I've been finding that it has been a bit of a struggle to get me excited about new stuff.

When Powered put up pre-orders over the summer, for the new Survival and Wild Life records, I really wanted to ignore it and put the money towards something more exciting. But 10 years of record collecting habit is hard to break. Powered is a solid Hardcore record label, and I generally enjoy everything they release, so I sucked it up and placed an order anyway. 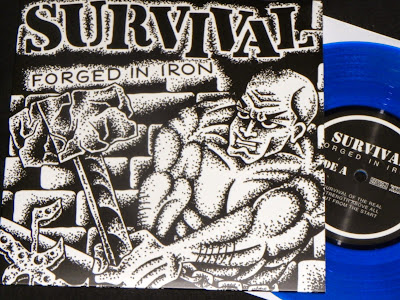 When the records first arrived, I tossed them into the pile of new shit that I've received. Meh...no surprise, but I was not in the mood to check them out. The time came this week, when I'd worked through my vinyl backlog, and I couldn't avoid it any longer...it was time to finally write about them. Suddenly, it felt like a like from that Circle Jerks song, Defamation Innuendo.

Hell, I never heard 'em and now I've gotta write about 'em
God, the story is due, the story's due tomorrow
What should I write? Well, they're no good

Thankfully, it didn't play out like that at all. First up, I drop the needle on the new Survival record. Even though I'd spent the day listening to Testament, Exodus, and Dio, the songs on this nine minute record are like a strong kick to the jaw. Man, even in this Metal state of mind, I can't help but recognize how good this is. Straight forward Hardcore. 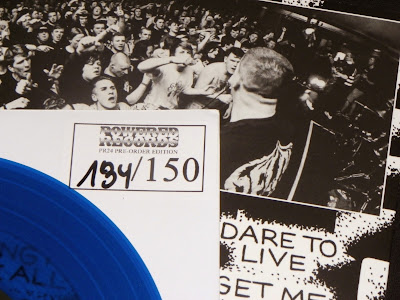 Limited to 150, and hand numbered for Powered preorders. 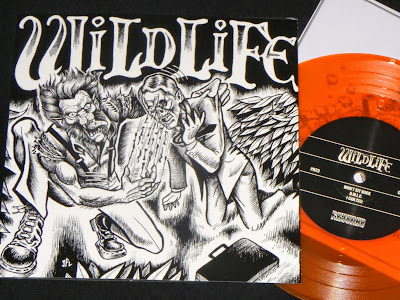 Survival helped to whet the appetite, and things roll nicely as I moved on to check out the Wild Life 7 inch next. This one taking swings at more of a New York Hardcore sound. Goddamn, I'm really glad that I didn't turn my back on these two solid releases. 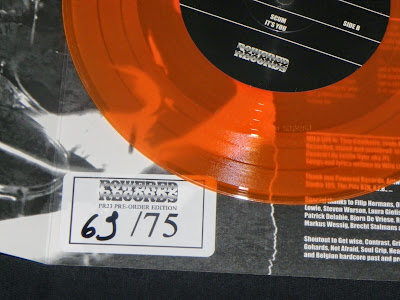 Wild Life preorders were limited to 75 on orange vinyl. Typically, Powered places the preorder sticker on the dust sleeve, but in this case they stuck it on the inside of the fold out cover. Odd...maybe they ran out of dust sleeves. 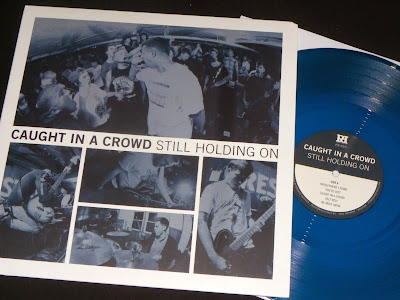 While placing my order for these two 7 inches, I figured that it was also a good time to grab the blue vinyl pressing for the Caught In A Crowd 12 inch.