Shit. I wasn't going to write a post today. I loaded the pictures and threw the "Purple Pursuance" title on this yesterday, and figured that I'd get around to writing something later this week. When I saw the "Purple Bug" post that Marcus posted today, I thought, "How can I not follow up with my own Purple post?"...especially since he was the one that turned me on to this Only Crime record. 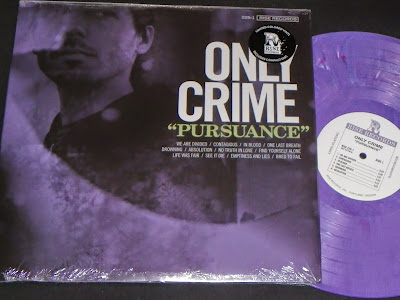 I remember being pretty excited when the first Only Crime album was released back in 2004. Dudes from Good Riddance and Bane in the same band? Goddamn right, I was interested. Still, while I enjoy both of the Only Crime albums, I've probably listened to each of them less than 10 times. I don't know...it is good stuff, but it lacks something that makes me want to return to it time and time again. Still, when Marcus posted about this record last month, it sparked my interest. 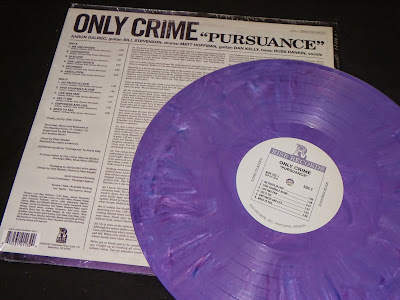 Pursuance follows the same blueprint put forth with the first two Only Crime records. I'm enjoying it, and I've already listened to more than Virulence. Still there are times that it is poppy enough to make me uncomfortable, and I just want the band to rage.

So now I immediately want this on purple. It looks so much nicer than the two colours I have.