Earlier this year, I picked up the new album from The Shrine. While hanging out in the Tee Pee store recently, I noticed that they had the band's Primitive Blast album available. Feeling like I had money to throw around, I bought a copy. 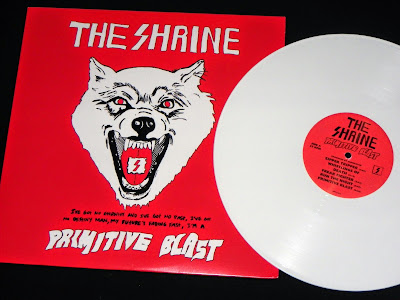 Back in 2007/2008 I was all about a band called Annihilation Time...man, I couldn't get enough of them at the time. The Shrine does a great job of playing that same skate punk/destroy/thrash rock sound, and their video for Freak Fighter captures the vibe perfectly. 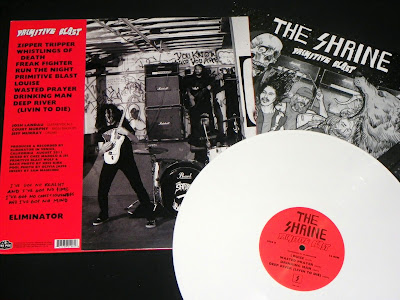 Third pressing is limited to 100 on white vinyl.