Three years ago, Sandwell introduced me to Midnight's Satanic Royalty...wow...has it really been that long? Their brand of Venom/Motorhead inspired Metal was just what I needed at that time, and I listened to the shit out of it throughout 2012. Would Midnight still be able to cast their black magic spell over me in 2014? 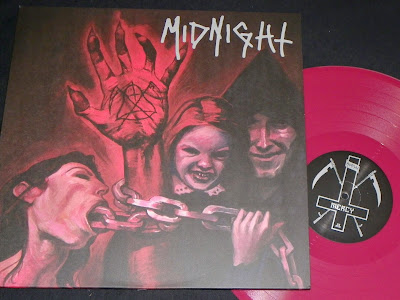 While I haven't been giving No Mercy For Mayhem the obsessive spins like I did with the previous Midnight LP, this this is still a raging album. Raw power that is on the verge of going off the rails and taking out everyone in it's path. Midnight keep on doing what they do best. 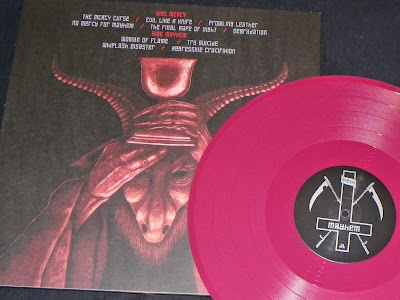 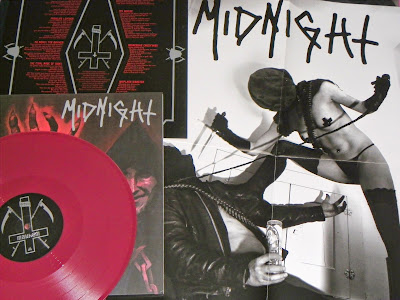 The Midnight LP comes with a huge poster as a bonus. Taped nipples and black hoods at knife point. I'll have to check with the wife and kids as to which wall I should mount this beauty. 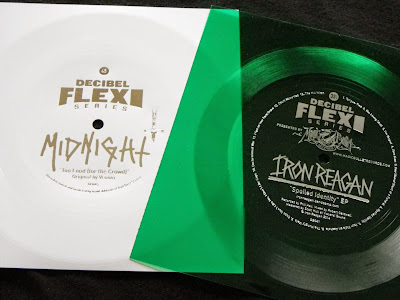 In addition to releasing their new album, Midnight also was included in the Decibel Flexi Series with their cover of Venom's Too Loud (For The Crowd). I'm not really interested in Decibel magazine, as I don't care about 90% of the bands featured, but occasionally they will throw in a flexi disc that will be too good to resist. The Midnight flexi was one, and the Iron Reagan flexi was another.