Blood In Blood Out

I would have been looking forward to a new Exodus record regardless, but when you tell me that Steve "Zetro" Souza is back in the band...now I'm really paying attention. 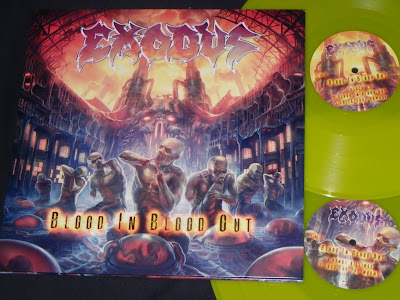 I've never had a problem with Dukes, and I really liked the three albums that he sang on (sorry, Let There Be Blood doesn't count), but having Zetro return is like welcoming home an old friend. In addition to the first Exodus album with Baloff, I grew up on Pleasures of the Flesh and Fabulous Disaster with Zetro behind the mic. This is the sound that I know...the sound that I love. 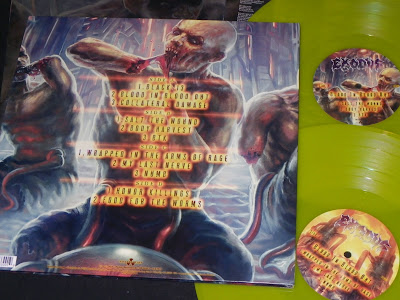 While it has been 10 years since Zetro's brief return with the 2004 album, Tempo of the Damned, Blood In Blood Out doesn't miss a beat. Tempo hit hard and fast, and this new one follows the same blueprint, sounding even nastier and more raw than than those Zetro albums from the 80's. While other bands from those early days "grow" and their sound "matures", Exodus give you exactly what you want...pure fucking Thrash.