On With The Show

Lately, it seems like whenever I swing through the All That Is Heavy store, I'm end up grabbing some vinyl for one of Tony Reed's bands...either Mos Generator or Stone Axe. Both of those bands have been in constant rotation for me all year, and I've been slowly adding their vinyl to the collection. 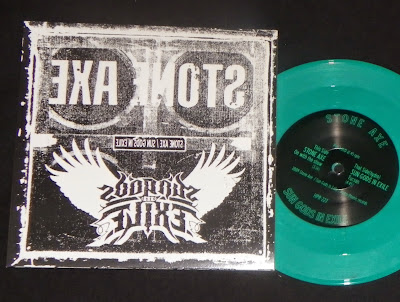 Nothing new here for the Stone Axe side, as the song On With The Show also appears on the Stone Axe II LP...however, this is limited to 100 on green vinyl with the reverse image of the cover, so obviously I grabbed one when I had the opportunity. 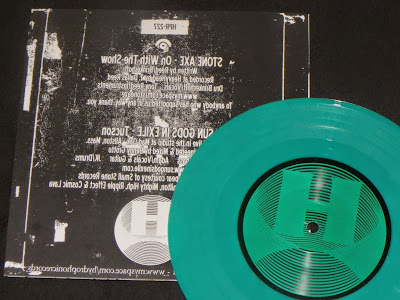 The flip side of this split has a song from a band called Sun Gods In Exile. I'm not too familiar with them, but their song on here kind of caught my attention, so I started looking for info on them and was surprised to find that they reside in my backyard of Portland, Maine. Very cool. I'm going to have to check out more of their stuff. 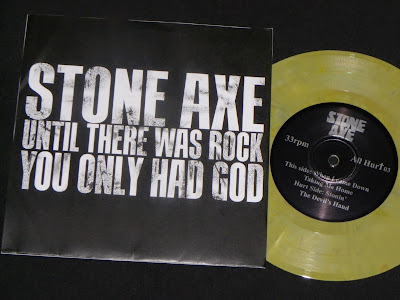 The highlight for me with this purchase was the Until There Was Rock, You Only Had God 7 inch...mainly because of the song When I Came Down. For those that don't know, this was a song written by Norman Haines, and one of the first songs that Black Sabbath recorded. The Sabbath version has never been released, so it is very cool to hear this version from Stone Axe. 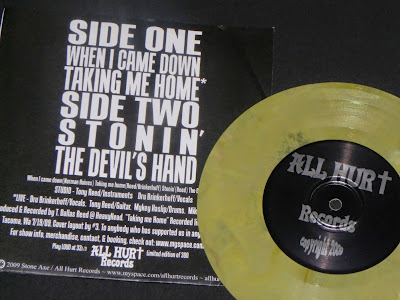