Earlier this year, Rise Above put up preorders for the Death Penalty 7 inch. Apparently, this was the new band that the guitarist from Cathedral put together, so people were pretty excited to check it out. Me? I'd never really bothered to check out Cathedral, and the thought of yet another female fronted Doom band made me simply shrug my shoulders and move on. Not interested. 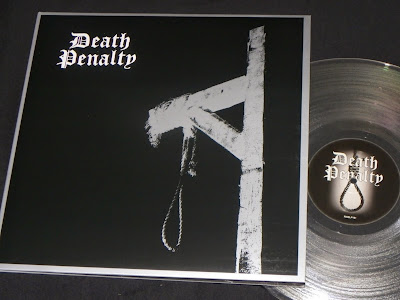 A few months after the release of the 7 inch, Death Penalty followed it up with their self titled debut LP. While it was easy enough to ignore a two song 7 inch, I figured that I'd put the effort in and at least check out the promo video for the song Immortal By Your Hand. Whoa. I did not expect that it was going to sound this good! I was so impressed that I immediately preordered the Die Hard pressing from Rise Above.

The album, as a whole, isn't as mind blowing as that first song I'd heard. It is still pretty solid, but some songs seem to drag a bit, as doomy female fronted songs can do at times. 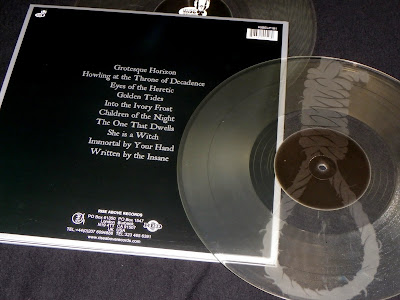 The vinyl for this, comes as double LP, with an etching on side D. The Die Hard pressing was limited to 100 on clear vinyl, and looks exceptionally nice. 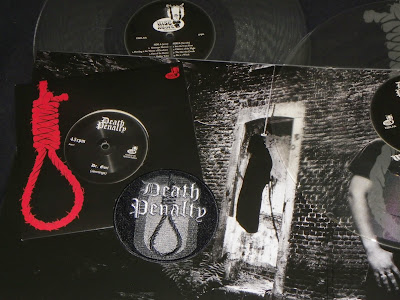 Also included in the Die Hard edition was a bonus 7 inch, with two unreleased songs, plus a patch. Die Hard is obviously the way to go.