This post wraps up the final surge of 2019 releases that I had ordered before the end of the year. Of course I've recently been reviewing some people's lists for their favorite metal albums of the year, and I'm discovering that there were a number of records that I'd forgotten about or missed completely. Time will tell if any of them are worth buying the record for, but my playlists will be full of some new music for the next couple of weeks for sure. 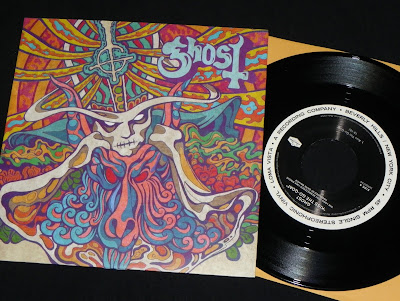 When I heard that Ghost were releasing a new 7 inch in 2019, I assumed it was another EP of goofy cover songs. I don't care for that side of Ghost...I mean it was cool when the band was new and they were doing cool covers from The Beatles or ABBA, but the gimmick is played out for me, and I don't care about their recorded cover songs these days. With that assumption, I was prepared to ignore the new Ghost 7 inch...and then I discovered that they were actually new Ghost songs. Okay okay. I'll give them a listen. 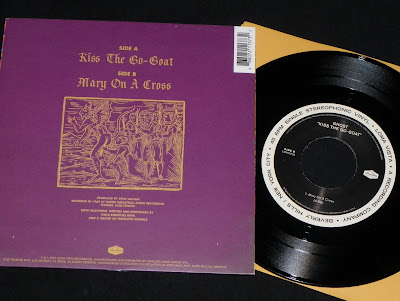 Officially titled Seven Inches Of Satanic Panic, this EP is great! Two songs that really capture where Ghost are today. It's not Doom like their first album, and I don't even know if you could call it metal, but for some reason, I'm really digging these songs.

Colored vinyl options for this 7 inch appear to have long sold out, and they are already commanding high price tags on Discogs. I wasn't going to throw too much money at this new Ghost record, so I'll settle for the black vinyl option.