Bootleg On The Wall

Last year, I picked up the vinyl for AC/DC's Fly On The Wall album. It had been a while since I'd really listened to that record, but I was interested in growing my AC/DC collection, so I grabbed it when I found it in the used bins at a great price. I didn't expect to have such a strong reaction to it, but man, revisiting that album had me falling in love with it all over again, and surprisingly I was giving it repeat spins. 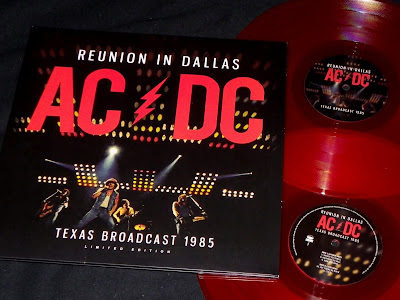 The Fly On The Wall tour was the first time that I saw AC/DC live, and it was one of the earlier concerts that I had gone to. Revisiting the album had me all nostalgic for those days, so when I discovered a bootleg album from that tour, I didn't hesitate to grab a copy. 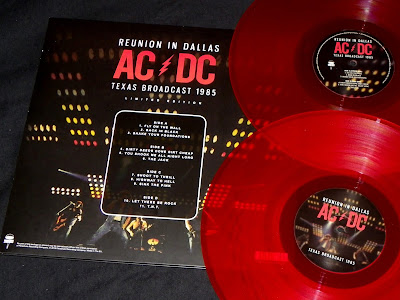 There are a lot of bootlegs showing up these days that are old radio broadcasts, and this AC/DC boot is one of those. The sound quality is excellent, but it doesn't capture the full setlist, and around five songs are missing here. That's okay though, it still captures the three songs from Fly On The Wall that AC/DC were playing on this tour, and those are the ones that I'm most excited to hear on this. 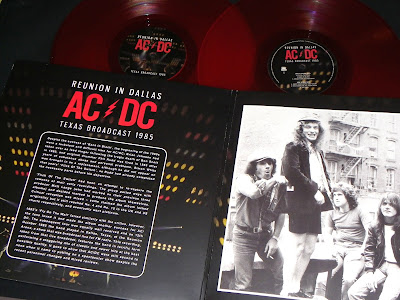 Nice gatefold packaging with a bit of writing on the state of AC/DC at this time...pointing out that while the band wasn't selling as many albums for Fly On The Wall, the band was still selling out stadiums everywhere. Such a great bootleg to capture that band at this time.