Don't Forget To Tell The World

I'd never heard of Big Cheese until a couple months ago when I meet up with Marcus in Boston. While he was in town, he took a trip over to the Armageddon Shop, where he picked up their latest release from Painkiller Records. Initially I wasn't too interested, as I figured that Big Cheese was some obscure weird Nemesis or Conversion Records band from back in the day that I wasn't aware of...but once I learned that they were actually a new hardcore band, I figured that I'd quickly check them out. 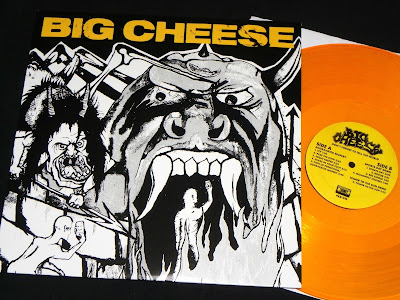 I did a quick listen to Big Cheese on Spotify, and after a few songs, I was rushing to Discogs to see if I could grab a copy of the album for myself. The Don't Forget To Tell The World album is a compilation of the first Big Cheese 7 inch plus some other demo tracks, all neatly packaged by Painkiller and released last year. When Marcus mentioned that the colored vinyl sold out rather quickly, and I found a Discogs seller that was letting a copy go for a relatively great price, I jumped to get one for myself. Funny enough, Marcus bought his copy from the Armageddon Shop in Boston, and the Discogs seller that I grabbed my copy from turned out to be the Armageddon Shop in Providence. 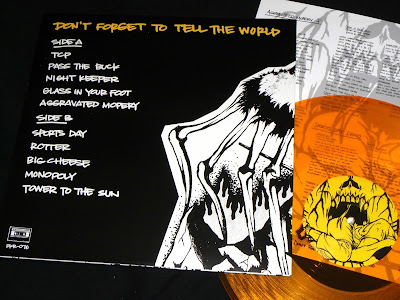 I was on a streak with great new bands, and quickly jumped to pick up this Big Cheese record. It seemed like every new band I was discovering was fire, and I couldn't lose...but now that I have this Big Cheese record, and I'm giving it a closer listen, it is just okay. It doesn't really ignite that same fire that I felt when I quickly checked them out initially. I'm still interested to see what they deliver with their release on Triple B later this year, but right now, this one falls a bit flat.

For the first time in my life I feel like I let you down, and this upsets me.

Ha! It's not you, it's me. I was feeling invincible when it came to new hardcore bands. Who knows, I might appreciate it more with more spins.