Innocence Is No Excuse

Innocence Is No Excuse was my introduction to Saxon back in 1985. My world in metal was really starting to take off at the time, and there were lots of bands that I was discovering...and this Saxon album fell a bit flat for me at the time. 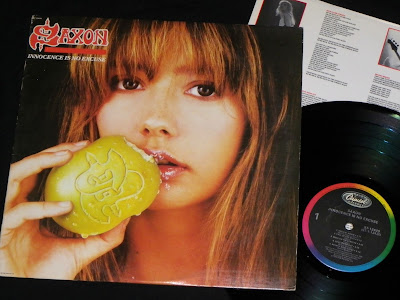 This probably wasn't the best starting point for Saxon, and I wonder if I'd grabbed Strong Arm Of The Law or Denim And Leather instead, it probably wouldn't have taken me another twenty years before I would finally recognize how great Saxon were in the early 80's.

Given my recent obsession with early 80's band like Dokken and Ratt, I've been thinking that it might be time to download a copy of Innocence Is No Excuse and see how I feel about it these days. When I was flipping through the used bins at one of the local record stores, and I saw the eyes of the girl on the album cover, begging for me to take her home, well, how could I say no? 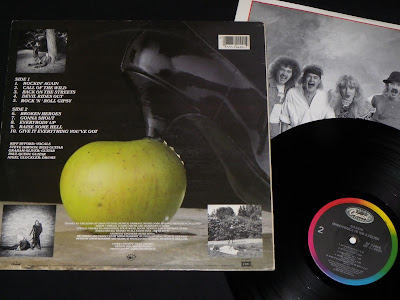 Holy shit. I'm absolutely loving this album right now. I don't know why it didn't stand out more when I heard it in 1985...maybe it was just too close to my discovery of Savatage and Accept, and it got pushed to the end of the line for the heavier stuff, but today, this album is exactly what I'm looking for.