Time to wrap up my shopping spree for records released in 1975 with one last entry. For most of these, I picked them up last summer, and I've been sitting on them for months...but as I was getting ready to start posting them to the blog, I decided to make a run at one more. I'd recently compiled my Top Wants for 2019, and with In Trance from the Scorpions sitting there on the list, I decided to make a run at it, and make it the first one to cross off for the year. 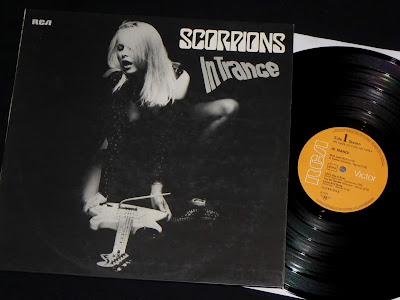 I've been wanting to pick up a copy of In Trance for a long ass time now. Scorpions were just starting to settle into their 70's sound with this record...no 80's arena rock anthems here, just a killer 70's hard rock trip. Not to take anything away from the later-era Scorpions with classic albums like Lovedrive and Blackout, but their mid-70's output was a different beast. 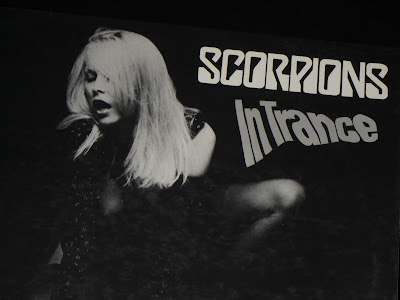 Now, when I started looking to grab In Trance on vinyl, I had my target set on the original German pressing. Man, that uncensored "boob cover" is fine. 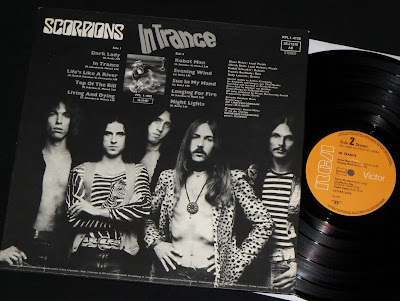 This album is going to be 45 years old next year, so I couldn't have been happier with the condition of this thing. Amazing.