One of the biggest surprises of 1975 was Queen's A Night At The Opera. 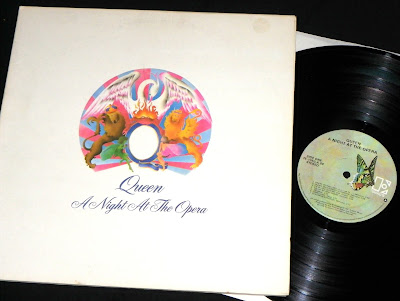 I know that my interest in the Queen discography is going to fade and disappear as I move up through their albums. The first two albums are great, but I've been hesitant to go much further than that. I downloaded a copy of A Night At The Opera back in 2015, but over the next few years, I only listened to it three or four times at the most. There is a lot to take in with this album, and I struggled to latch on to what was going on. When I was stuck in my 1975 playlist last year, it all finally clicked. I was in awe of this record, and suddenly I couldn't get enough of it. 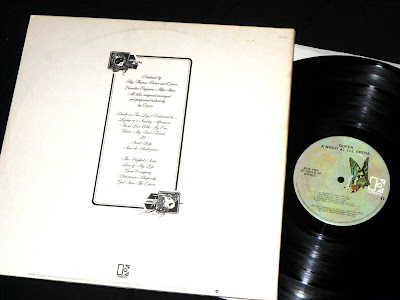 While I was filling holes in my 1975 collection, I knew that I needed to get a copy of A Night At The Opera. My friend, Jeff, is a huge Queen fan, and hurting a bit financially right now, so I figured that I'd check with him to see if he wanted to sell one of the many reissues that he owns. Instead of tracking one down online, I figured that maybe I could just buy one from him. Even though he needs the extra cash, he still didn't seem to want to part with any of those reissues in his collection, but instead he just gave me one of his original pressings. Good deal!