Back in the mid-90's, I picked up a CD from a band called Backlash. If you were around at that time, you'd know that straight forward hardcore was a rare thing, and emo/Ebullition style bands were what was hot at the time. If you were a regular hardcore band at the time, it just wasn't fashionable, and a lot of kids in the scene were going to look down their noses at you. So when I picked up that No Reason Why Not CD from Backlash around '95, it was refreshing to hear. 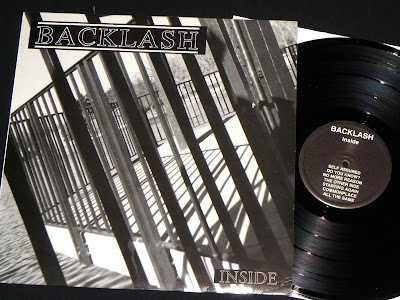 Backlash play pretty generic hardcore, but when I get into a mood for that 90's hardcore sound, I still enjoy adding this band to the playlist. Even though I've had that Backlash CD for over 20 years, I've still not made any moves to pick up the vinyl. It is pretty cheap to grab off Discogs, and when I was buying that Secret People 7 inch from Kyle, I noticed that he was selling the Backlash LP, Inside, for five bucks, and it seemed like a good time to finally add it to the collection. 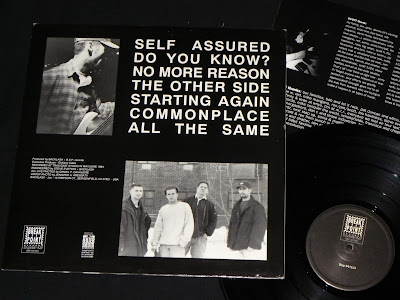 Funny to see the Break Even Point label on here. Having released the first Groundwork 7 inch and an EP from Endpoint, it always made me wonder how this Italian label was releasing stuff from US bands back in the 90's.