As a kid, I had a Golden Earring album...mainly because of the single at the time for the song Twilight Zone. I hadn't really discovered Heavy Metal yet, and as a 12 year old kid, this was a pretty bad ass song...and fed into that need to find music that was a bit heavier than what everyone else around me was listening to. It was cool at the time, but I was quickly leaving it in my rearview mirror, and was soon walking the path of AC/DC, Twisted Sister and Quiet Riot. 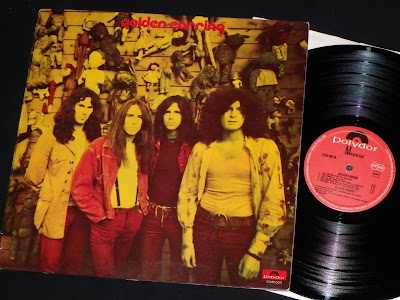 Because of that brief introduction in the early 80's, I never paid any attention to Golden Earring after that...so it was a complete surprise when I discovered that the band has an extensive back catalog through the 70's and late 60's. Now, I've grown quite the appetite for that era of hard rock and metal, so as I was killing time a work a while back, I decided to see what Golden Earring had to offer back in their early days. I really had no idea where to begin here, so on a whim, I started with their self titled album, also referred to as Wall Of Dolls, from 1970.

This record is one that leaves me completely fucking baffled as to how I've gone this long without it getting on my radar at some point. This is some solid rock, and I was hooked with the first listen. There are so many layers here, that I listened to this every day for a couple of weeks, and didn't come close to getting bored. Such an amazing guitar tone, and the inclusion of the flute plays right into my Jethro Tull obsession. Perfect! 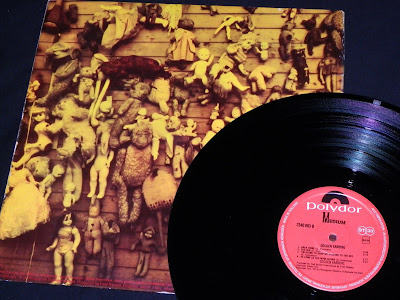 I was loving this record so much, that I decided to put in the extra work...and since Golden Earring are a Dutch band, I had to get the Netherlands pressing for this record with the laminated sleeve. 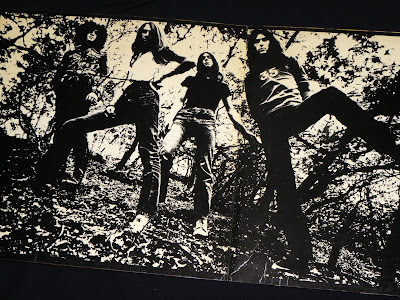 Man, that gatefold cover with the band in front of the wall of dolls is cool and creepy at the same time, and the black and white band photo on the inside is killer. Excellent packaging for such a great record.