This past summer, I went through a serious 1975 obsession. When I initially sat down with my playlist for that year, I found myself surprised with just how strong those albums were. I mean, I obviously love all of that 70's hard rocking stuff, but when it came to ranking each year as a whole, I just don't think that I ever gave 1975 much credit...but man, once I sat down with that playlist, I became stuck in it, and it was weeks before I wanted to step outside of it. During this time, I realized that there were a number of great records that were still missing from my collection, so I set out to fill some holes from that year. 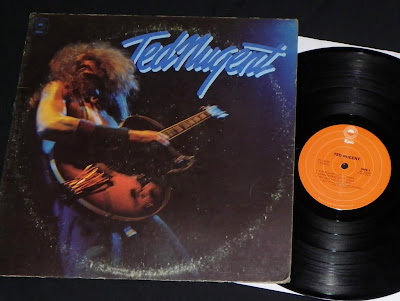 Make no mistake, Ted Nugent is a tool of epic proportions, and one of the reasons that I avoided checking out his music for so long. When I finally broke down and gave his debut album a first listen, I couldn't deny just how great it was. Man, I listened to that thing repeatedly, and could not believe how much I loved it. I mean, that opening riff for Stranglehold...come on! 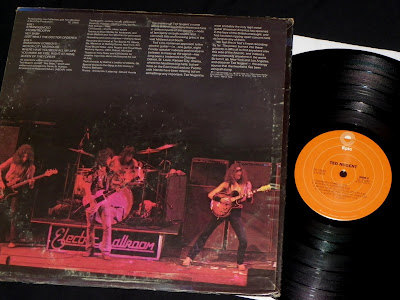 So, ten years after I first fell in love with it, I'm finally picking up the vinyl. I'm not happy about the ring wear on the cover, but damn, it was tough finding a copy that wasn't beat up and a little ragged, so I made the move to finally cross it off the want list.