Since picking up my first Thin Lizzy record on Vertigo, back in 2014, I've been dragging my feet on building the collection any further. After recently making a move and finally adding another one to the collection with Fighting, it feels good to add another so quickly on the heels of that one. 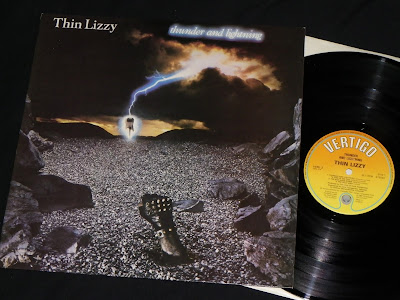 Released in 1983, Thunder And Lightning was the final Thin Lizzy album. Guitarist John Sykes was brought in from Tygers Of Pan Tang, and his presence injects a bit of true heavy metal to some of the songs. This is such a great record. 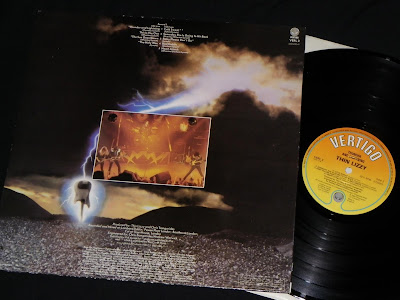 Vertigo had dropped the UFO labels by the time they were moving into the 80's, and instead started using the boring gold/yellow labels...but that's okay, UK Vertigo was still the only way for me to go with this one.