I'm not big on compilations, but some of them just seem mandatory. From those early Metal Massacre records, to The Way It Is from REV...you've sold yourself short if you're into that style of music and didn't get your hands on a copy. 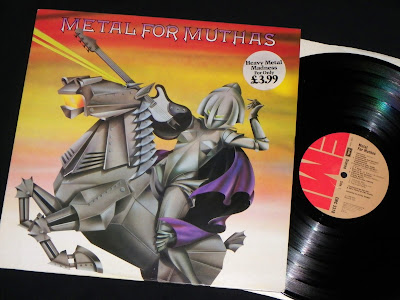 Because of my aversion to comps, I've long overlooked the Metal For Muthas record. Given their importance in the New Wave Of British Heavy Metal scene, and that it basically seemed to be the first rallying cry for the movement, I was stubborn and stupid for having disregarded it for as long as I have. The big name on this comp is Iron Maiden, and since their two songs also showed up on their first album, I'd let the rest of the Metal For Muthas songs go ignored. Since I was heavily in a NWOBHM mindset to start off 2018, and looking to add some long lost bands to my playlist, I figured that I'd finally make a move to check out this comp. 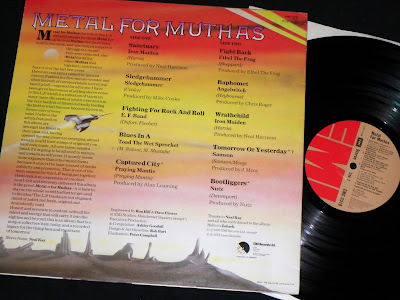 While the Angel Witch song on here is probably the only thing that comes close to the Iron Maiden level of quality, I still really enjoy every song on this comp. The Nutz song is a blast, as is Ethel The Frog's offering, and the Praying Mantis song is probably the only song of theirs that I really like...and I like it a lot.

Surprisingly, this thing is super cheap to pick up, so it was an easy move to grab one off of Discogs.