I've never been a fan of the Black Friday Record Store Day. Double dipping on this holiday that was already getting the stink of money making commercialism, instead of an honest support for record stores, was a bit too much for me, and the addition of the Black Friday holiday was not something that I looked forward to. Still, they sucked me back in with a few records that I couldn't pass up. 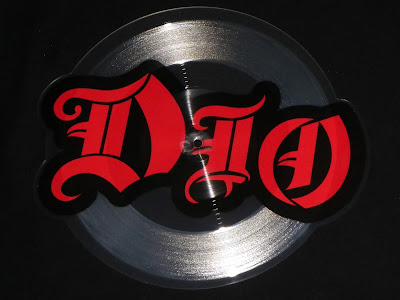 No matter how I feel towards the Black Friday RSD, when I saw that there was a new pressing for a Dio single this year, it was obvious that I was going to have to get to the store and get my hands on one. After the fun of last year's "Dio-cember" celebration, when I pulled in a good haul of Dio records, I was excited to add something new to the collection. 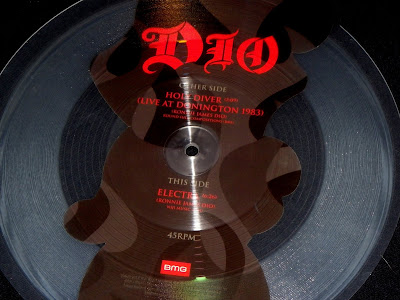 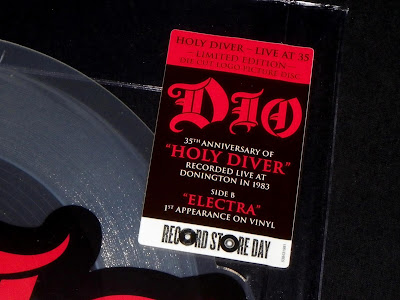 I don't understand why this is packaged and promoted as the "35th anniversary of Holy Diver", because the real selling point is the b-side song, Electra. As the last song that the Dio band ever recorded, and was looking to have it appear on the next Dio album, which I believe was going to be Magica II, this song was the focus for me here. The song has shown up on a couple of compilations since it was recorded, but this is the first time it has seen a vinyl pressing...again, it is too bad it has to be on picture disc. Still, I'm always happy to expand my Dio collection!