Iron Reagan have released two EPs this year...at this point, I'm not feeling confident that I'll be able to pick up their split with Gatecreeper before the end of the year, but at least I was able to grab the Dark Days Ahead one sided 12 inch. 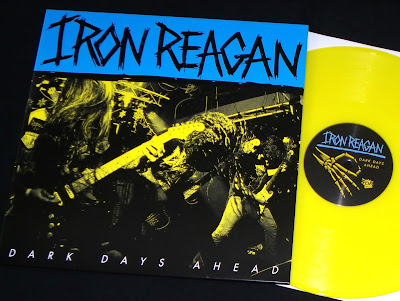 Iron Reagan records are always a good time, and this quick blast of five songs in eight minutes is no exception. The band still lets it rip with that Crossover sound. I was surprised to see this record released on the Pop Wig label, which is home to bands like Angel Du$t and Turnstile...and while Iron Reagan is from that same area, it still seemed like an odd fit...but then again, the label seems to have an odd roster. 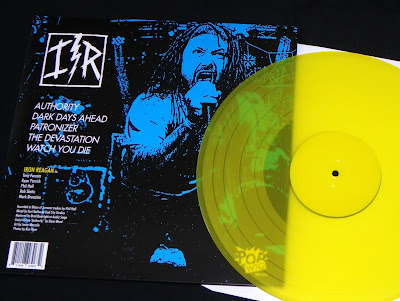 200 pressed on yellow vinyl, with an etched b-side that is impossible to photograph.