I Swing This Sword

Mindforce came very close to taking the top spot as my favorite hardcore record in 2017. That 7 inch impresses the fuck out of me to this day with it's killer crossover sound. That record was fire...so I was excited when I started to hear word that Triple B was going to be releasing an album from the band earlier this year. 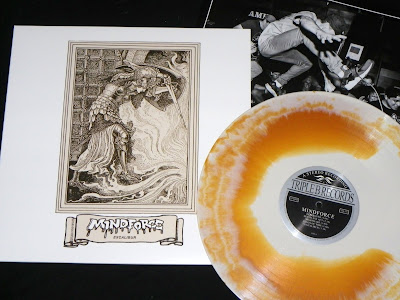 Oh hell yes! This album delivers and hits all those crossover sweet spots with some killer riffs and at times the guitar tone sounds like Slayer. Damn near perfect. 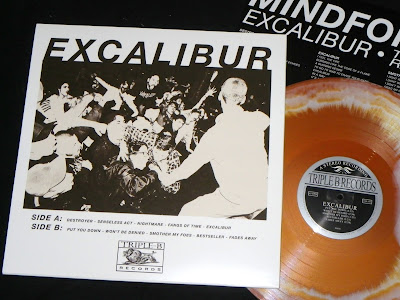 Somehow I missed the word that preorders were up for this record, and by the time I got in there, the limited splatter vinyl that is limited to 100 was sold out. Initially I was bummed, but the bone/bronze swirl looks great, so it's all good. 300 pressed on this colored vinyl.