One More For The Road

I start off each year with a list of ten records that I loosely hope to pick up during the year. It isn't a goal that is set in stone, and I don't have the mindset to get them all over those 12 months...it is just a tool to keep a few important records on my radar, and with 2018 coming to a close, I was satisfied to have crossed of half them. Apparently, I wasn't done though, and I made a run at one more. 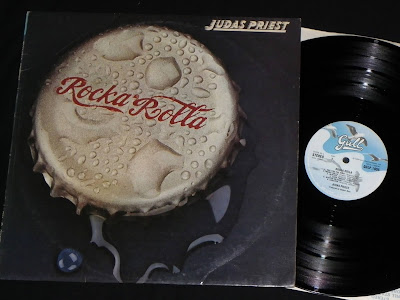 I've got a decent Priest collection, but with Rocka Rolla such a glaring hole, I decided to add the UK Gull pressing to my Want List for 2018. I'd made half-assed attempts to chase this record over the year, but each time I'd walk away empty handed. I recently gave those Rocka Rolla songs a spin, and holy fuck, they really hit me hard. I know this album tends to get overlooked in the Judas Priest catalog, but I was loving it as I queued these songs up for repeat listens. Yeah, it was time to get serious and revisit the available options on Discogs again. 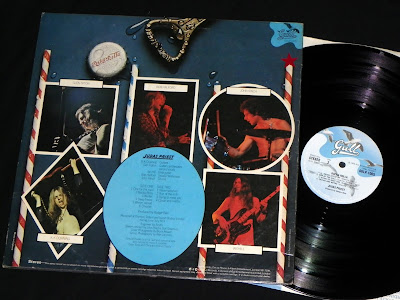 It is tough to find a copy of this record where the sleeve is still in great condition, and after exchanging a few messages with the seller, and reviewed the photos that he sent, I was sold.

The sound on this thing? Fucking Christ, this album sounds amazing. The riffs are heavy and powerful, and while the album isn't as good as the next three Priest records, I have no problem with grouping it alongside Sad Wings Of Destiny, Sin After Sin and Stained Class, as one of the strongest runs of Heavy Metal albums ever.