While I was out for my Black Friday Record Store Day shopping, I was in a record buying mood, so I added one more to the stack before heading to the counter to checkout. 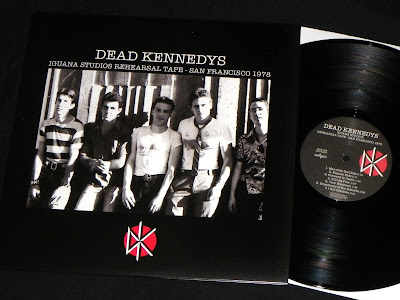 I had seen the vinyl pressing of the Dead Kennedys 1978 rehearsal tape on the list of RSD releases, and filed it away as something that I might grab when I was out trying to track down the new pressing of the Only Living Witness record on Black Friday. I was a bit hesitant to bother with it, as I figured that the recording quality was probably sketchy at best, but when a saw the track list, and it showed a few song titles that I didn't recognize, I figured that I'd roll the dice and take the chance. 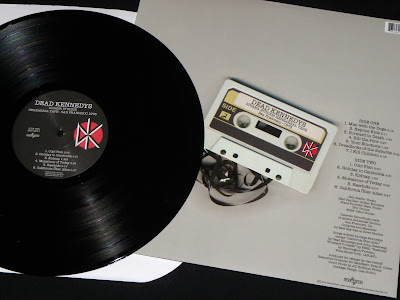 Yeah, this recording is raw and rough, and while it was cool to hear some long lost Dead Kennedys songs, it is tough sitting through this entire record. Cool to have, but not necessary.