Damned In The Metal Church

When Mike Howe reunited with Kurdt Vanderhoof for another run with Metal Church a couple years ago, I was blown away with how great they still sounded. No doubt...they could still deliver so solid metal. Given that it had been 20 years since Howe had been in a band and touring, I kind of figured that this would be a short lived reunion. I thought they would get together, have some fun recording a new album...maybe tour a bit, and then Mike Howe would go back to the life he'd been living and that would be it. I was very happy to be wrong when I heard that they were recording a new album earlier this year. 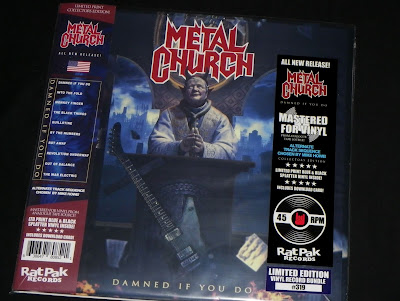 Now, I really loved the last Metal Church album with Howe, XI. It was definitely one of my favorite metal albums in 2016, so I was curious to see if the band could pull off that same magic this time around.

The album was just released a couple weeks ago, and now I've got to keep jamming this record to see how it stacks up before the end of the year. It is going to be tough to figure where Damned If You Do lands when I'm putting my list together, but I might be enjoying this album more than their last one. 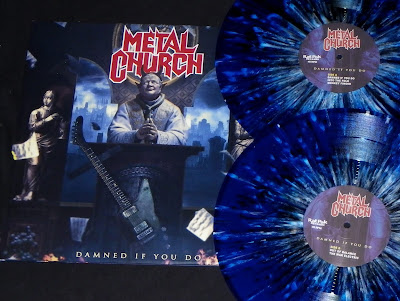 I was excited for a new Metal Church record, so I dove in head first and ordered the deluxe pressing straight from the label. 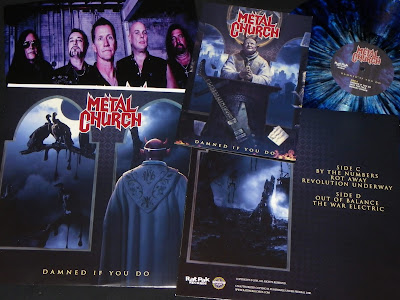 The packaging for this pressing is so good...with all kinds of nice extras. Such a nice job with the inner sleeves, lyric booklet, OBI style strip, and a bonus print of the cover artwork...this thing is total quality, front to back. 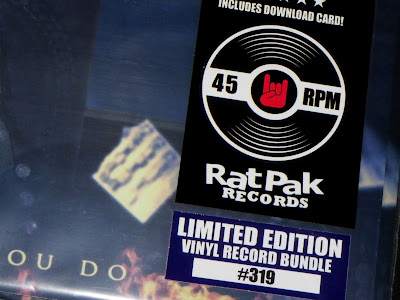 Numbered out of 500 for this limited collectors edition.