A couple years ago, I started following Sarah Kitteringham on Instagram, and shortly after, I happened to see her at a show in Boston for Saint Vitus and Skull...and then all of a sudden she was a part of the Banger TV crew, and posting up videos of record and tape reviews. She was very passionate about music, and had a great attitude and video personality, so when she announced that her band posted their demo on bandcamp, I was interested to check it out. 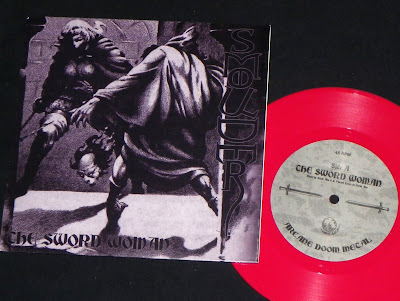 Smoulder have a great epic doom sound, and I was really enjoying the three song demo. When the band pressed two of those songs to a 7 inch, I didn't hesitate to order a copy. 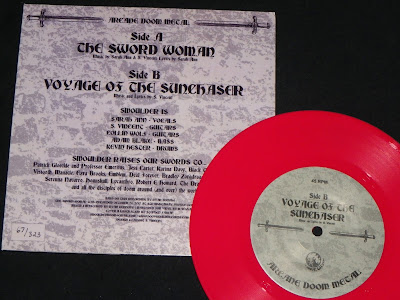 Damn, these songs are so good. So glad that the band gave them a proper release on vinyl. I certainly hope there is a follow up! 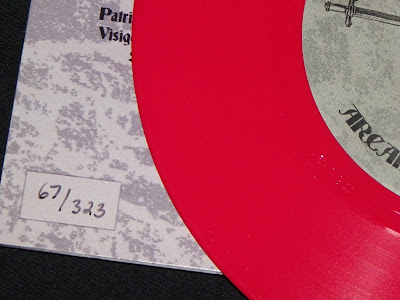