I seem to recall an interview that Indecision fanzine did with Mike Hartsfield from Outspoken/New Age Records a long time ago, where he was asked about his obsession over Wide Awake. In the interview, Mike acknowledges that they aren't the best band in the world, and he can't explain why he feels so strong about them...he just does. I can relate to that vague sense of reasoning when it comes to Reveal. I've enjoyed the band since I first heard about them in the early 90's, but as I've started collecting records, and discovering a new pressing every couple of years for the Descent 7 inch, my general interest has snowballed to a point of obesession. At this point, I feel like I'd buy every copy that I see on eBay. 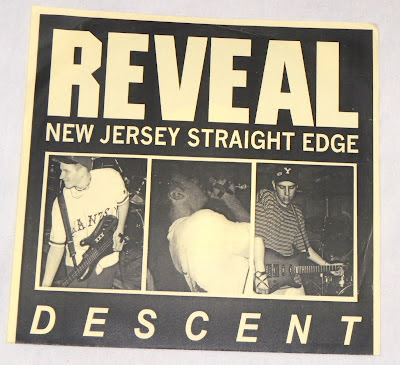 I was surprised to find the record was pressed with a special cover when I stumbled upon it back in 2005 while flipping through some of Brian Murphy's used records at the Posi Numbers fest. Then in 2009, I discovered this special cover actually came on three different colors. Three years later, I finally picked up the last cover that I was missing...yellow. Five bidders on eBay, and still this record didn't top $5.00. 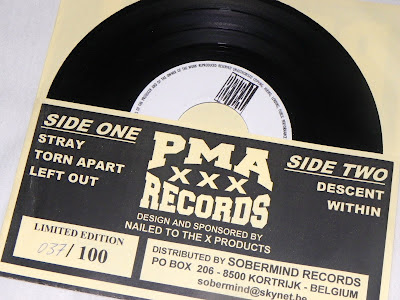 Hand numbered out of 100 created for the Vort 'n Vis festival in Belgium. 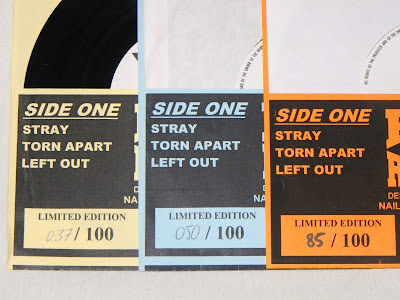 It looks like the yellow covers were numbered first, then the blue ones, and finally orange. 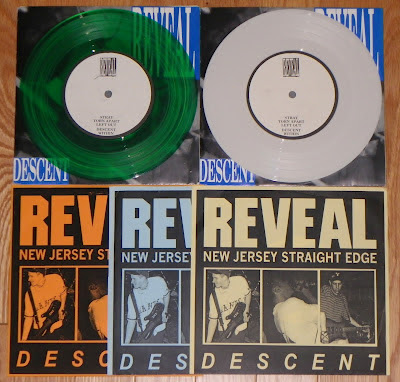 My Reveal collection may be complete, but that is not to say that I wouldn't buy another copy if I happened to see it on eBay.

I hate to break it to you, but I think I might have a pressing that you don't have, whereby the initial 100 pressed up by PMA were rejected due to pressing plant mistakes. I have a copy here

That is awesome news. I'd love a legit reason to buy another copy of this record. What's it look like?

the one's for the limited cover are actually the rejected one's. I made those covers for the guy who used the run PMA when he found +100 of those ep's at his place and wanted to do something with them.

generic paper sleeve with a round Reveal sticker in the bottom right hard corner and Hans PMA has written "Fucked up promo Reveal 7" on the front and "Casier can suck it!" on the back of the sleeve. The record is numbered 45/100. I've took some pics but I guess I can't post them here...

Pretty sure I have seen black copies with a small hole and a normal sleeve.